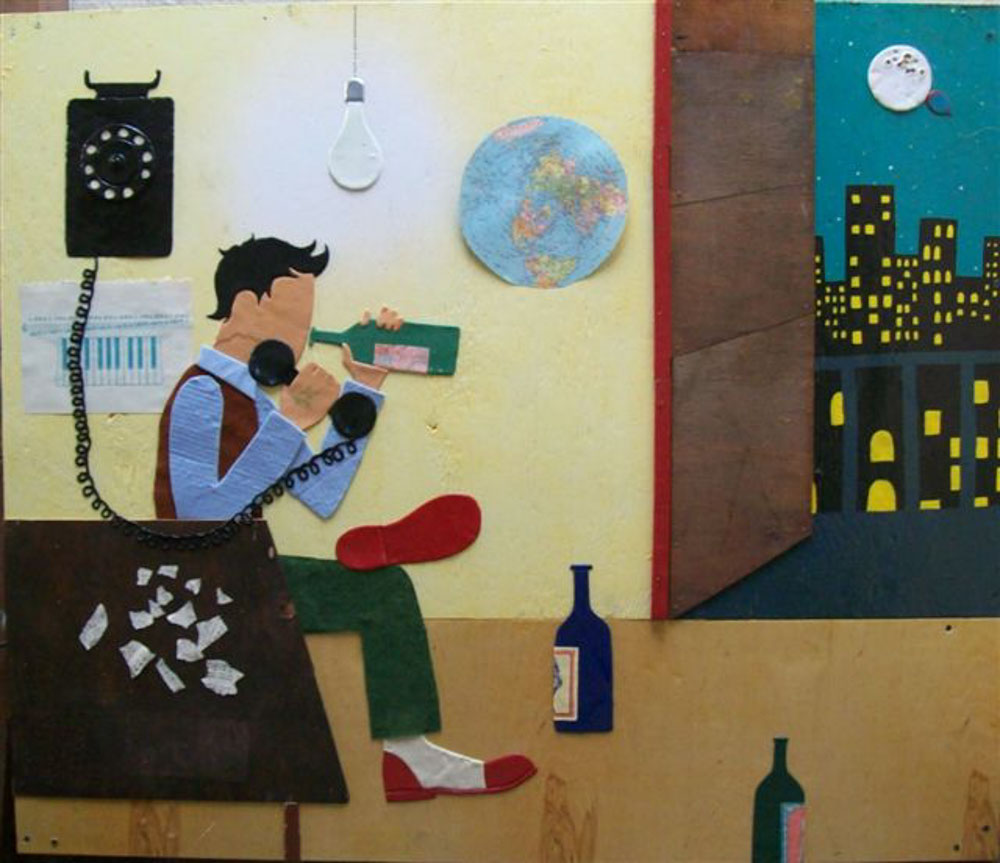 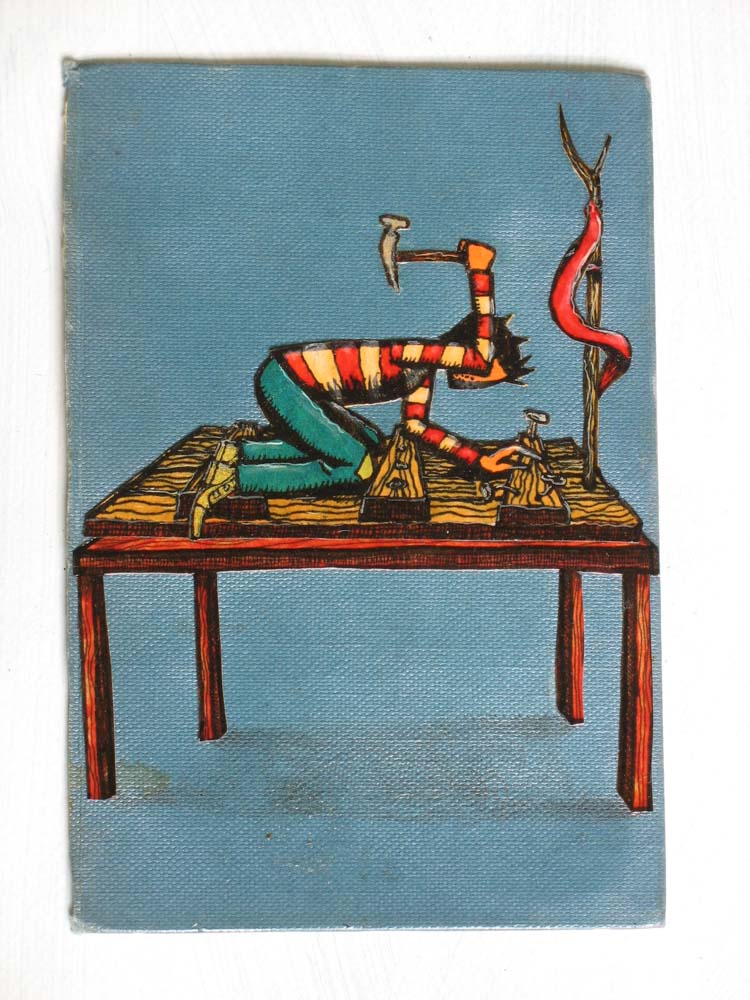 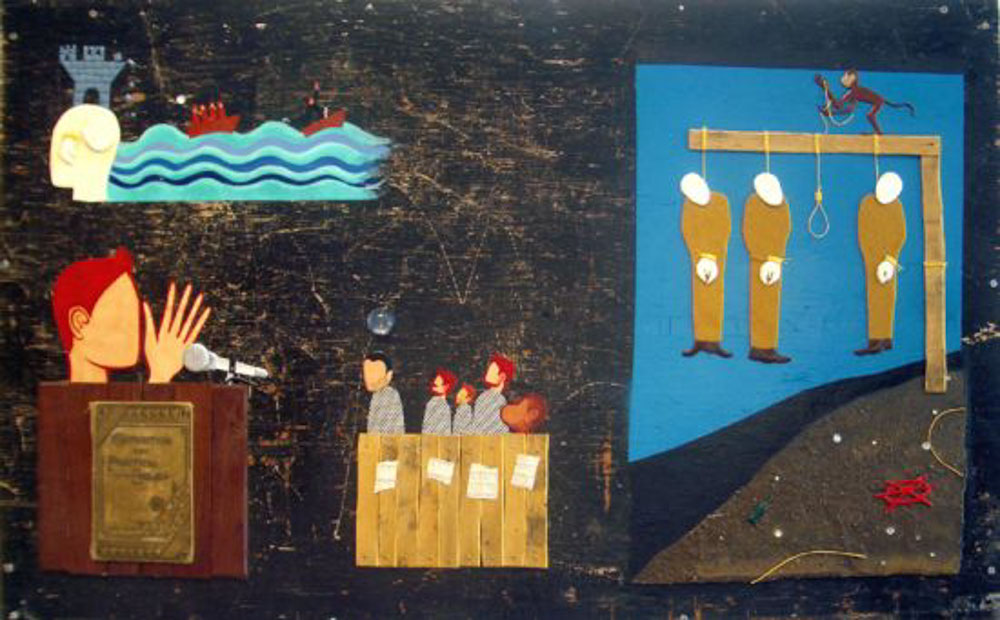 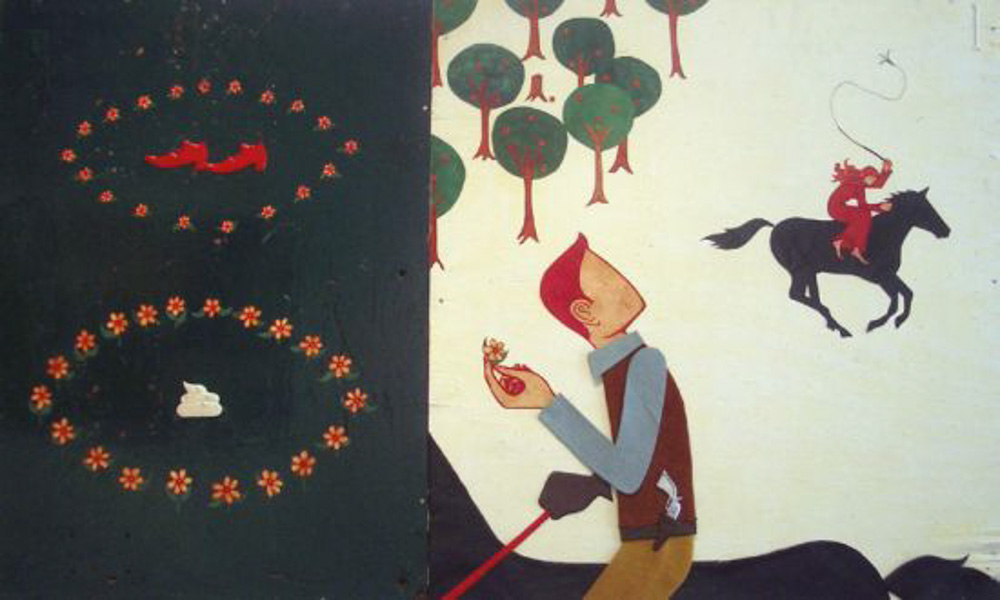 Adrian Williams’ works evoke a smile which may be elicited either by joy (vibrant colours) or embarrassment (a lack of understanding of the story he is telling). And yet the varnished collages, sometimes presented as three-dimensional paintings, do tell a story. There are human characters (often sailors as evidenced by their striped sweaters) or animals (most often malicious monkeys), caught in an unusual and sometimes serious situation, and the spectator wonders how they will get out of it, even if he or she does not entirely understand the artist’s rendition of the event.

A member of the Royal Art Lodge of Winnipeg from 1996 to 2003 (a group of artists who enjoyed freely producing a collection of miniature works), Williams belongs to the tradition of ‘gatherers’ and ‘do-it-yourselfers’ who use discarded material to compose alternate objects and images. He uses material he has found, pieces of plywood or the covers of hardcover books, on which he builds his collages using cut-up drawings and various objects that he glues or nails together. As any good artist, he also recycles concepts and building methods to create something new from something old, a novel way of seeing and representing existence.

Vivid colours as used by some ‘naïf’ painters and characters without faces inviting us to imagine their traits introduces a kind of ambiguity. Sailors who need stars to help them navigate their lives and monkeys who appear to be dreaming of the circus. Heads adorned with 1920s hairstyles drawn with precision and sharpness. Light content on the surface, veiled with a touch of irony, a certain existential melancholy and withheld emotion. In the eyes of others, would we resemble these empty faces on which emotions can be projected?