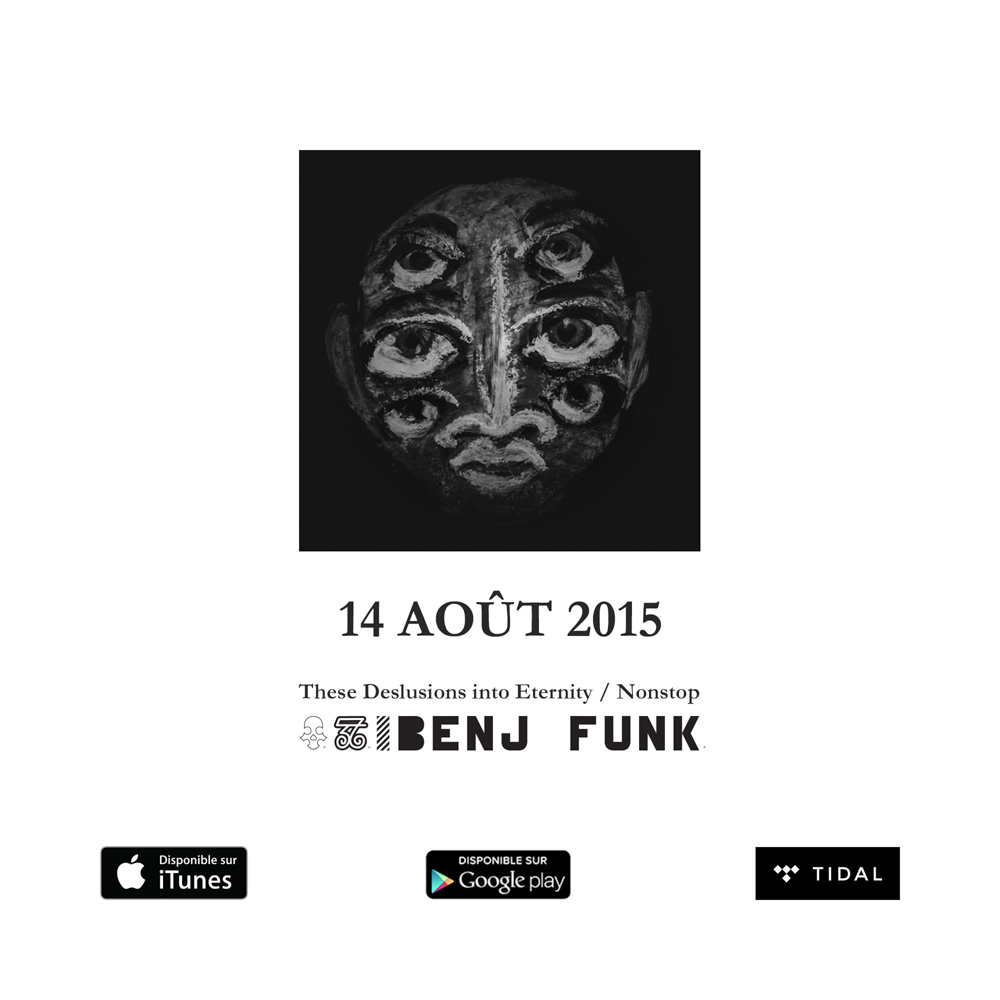 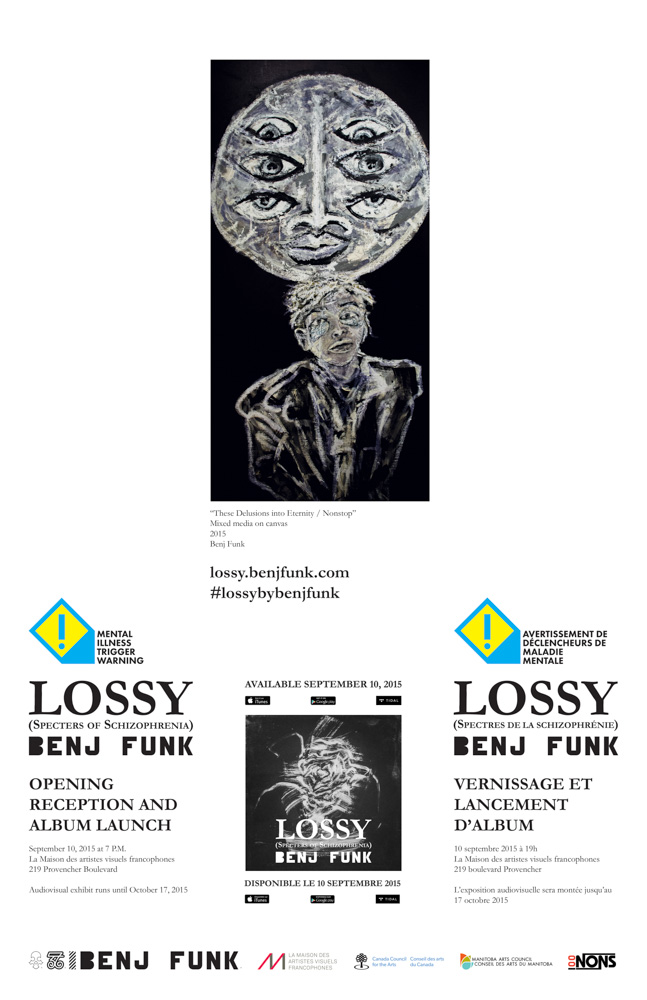 Personal demons, visions, gosts, that never cease to haunt a spirit. It is a struggle that is difficult to understand, and not easy to share. With his multidisciplinary project LOSSY - Spectres de la schizophénie, Benj Funk conceives an audiovisual narrative about his illness. Wanting to personnify the awaken nightmares that populate the individuals that live with schizophrenia. Funk chose to create pieces that illustrate different symptomes of schizophrenia. He uses a minimalist colour palette and media drawn from street ar to create the characters.  Additionally, Funk created soundtracks to accompany this exhibition. Each piece is paired with music that will be played live to create a symbiosis. Seeking to divert the stereotypes surrounding people who live with this illness, Funk invites the public to share their troubling visions and feelings of discomfort, in hopes that the public can understand and discuss  the seperation of illness and individual. In the context of this exhibition there will be a round table discussion with Benj Funk and Geneviève Wsiaki, Psychologie prof at Université de Saint Boniface. A special presentation will also be offered in the context of Nuit Blanche Winnipeg, September 26, 2015.