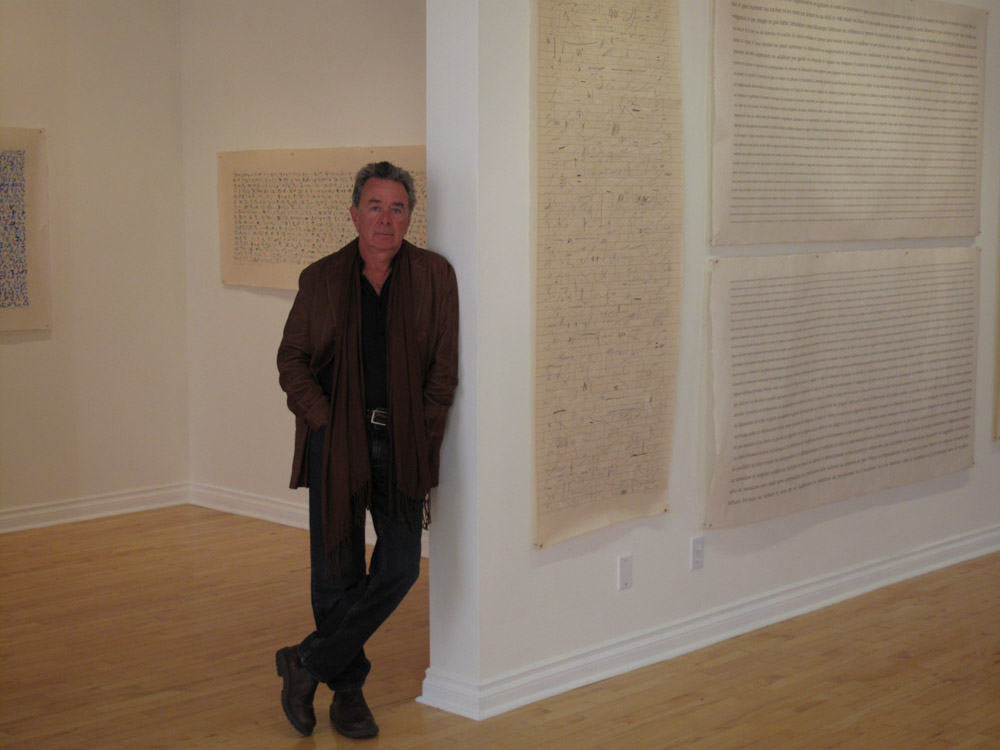 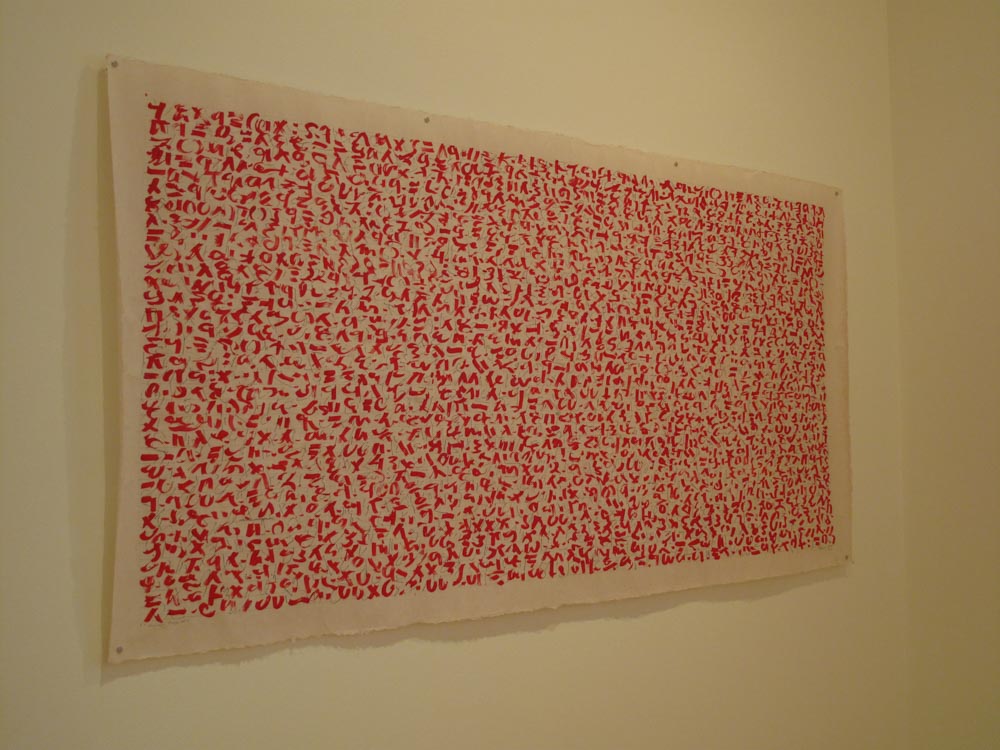 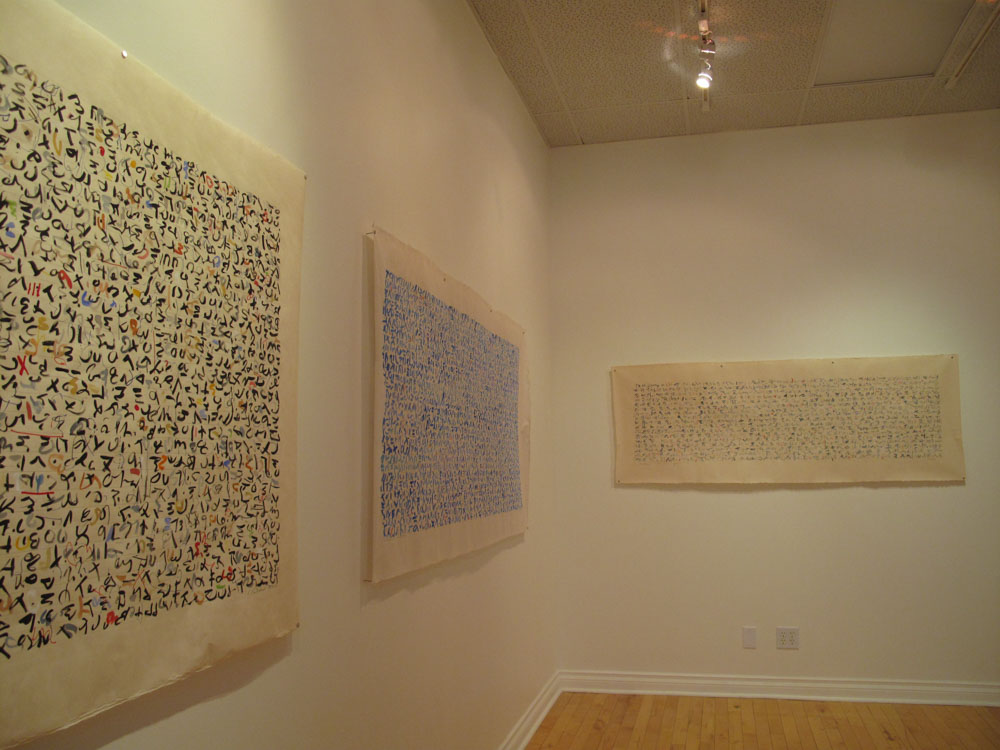 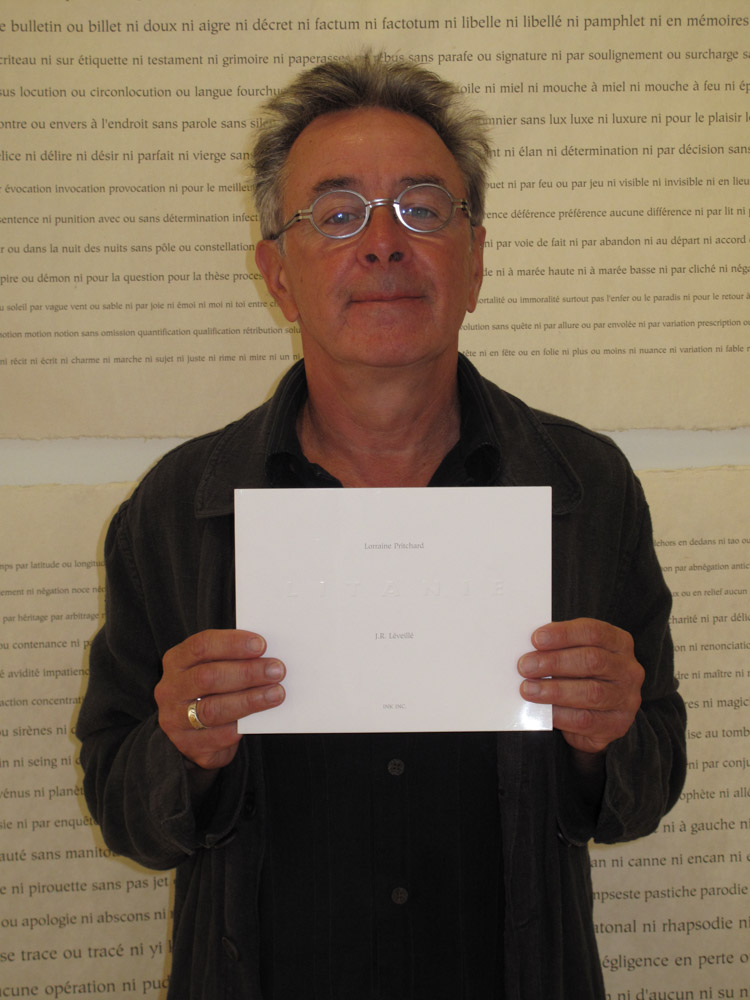 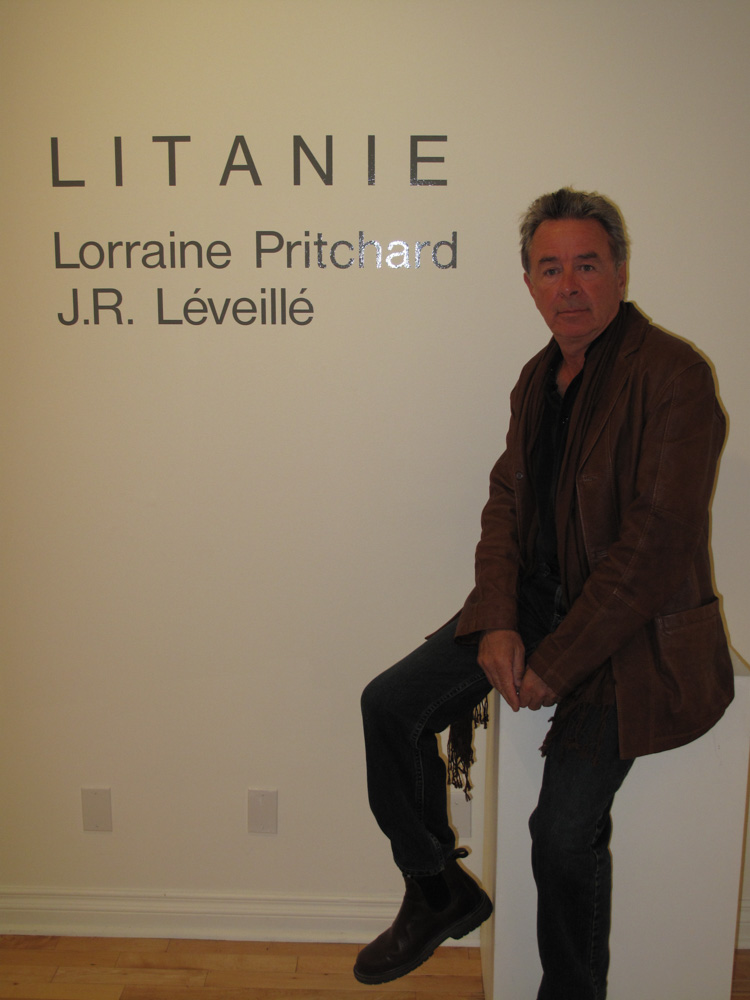 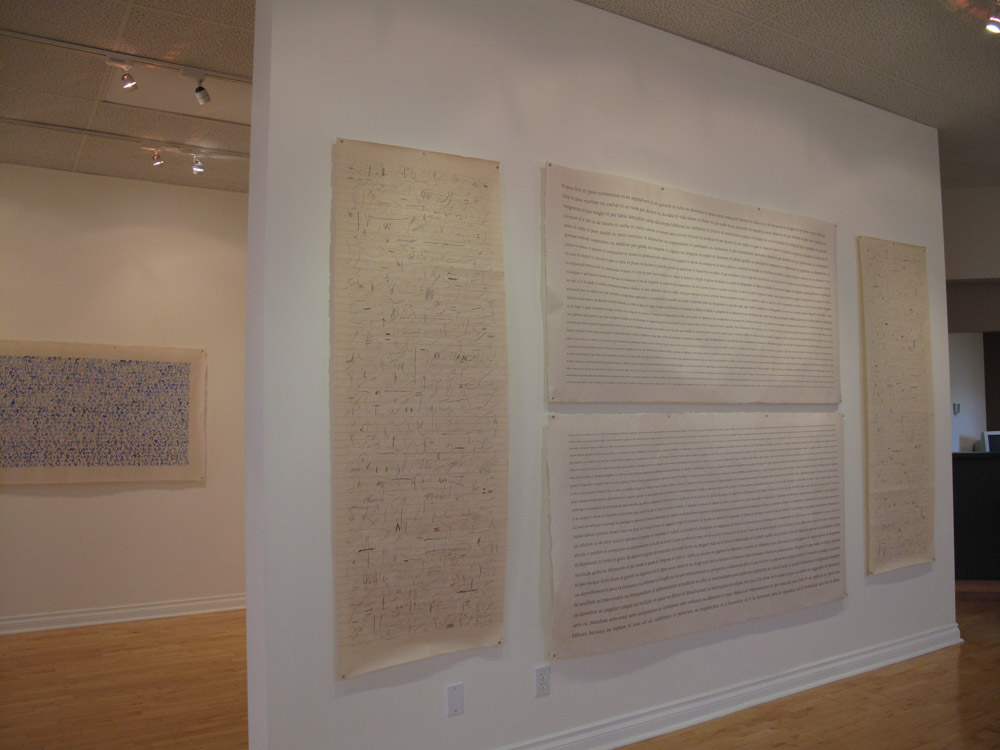 Over a one-year period, the author and the artist corresponded and met in order to explore what the Chinese painter-monk Shitao named “the single stroke” in a spectacular treatise written around 1710. In keeping with the Chinese ideograms, this is understood to be a paint stroke that embodies both the drawn and the written, in such a way, according to Shitao, that poetry exists in every painting and a painting in every poem.

Litanie is an exploration of what is at the core of the stroke (the drawn and the written), something that is usually represented in the previous works of the writer J.R. Léveillé by a condensation of expression. This exploration corresponds to what Roland Barthes said: “as for the written, there is only one science, the writing itself.” From the artistic standpoint, this corresponds, according to Lorraine Pritchard, to an aesthetic work similar to Shitao’s definition: “The founding of the rule of the Single Stroke resides in the absence of rules which make up the Rule; the Rule thus obtained embraces the multiplicity of the rules.”

The author and the artist wanted to embark upon the actual reality of this adventure and divided up the expression of the positive pole and the negative pole. Pritchard’s paintings are based on fictitious writing, under the sign and gesture of the written. Resulting from a kind of big bang aesthetic, the image is a production which manifests itself, a positive. As for the written or the discourse, it is approached as the negative in photography; it must negate sense, sign and significance in order to allow the other pole, the image, to appear. The writing constitutes therefore a foundation without a foundation. In a strangely active complementarity, the painting (positive) is based on the writing that is not one (negative) and the written takes shape, appears (positive) in the very negation of its manifestations.

The result of this exchange is the incantatory coming and going, possibly the song of the Tao which cannot be spoken, like the background sound of the big bang, or conversely: nothing.