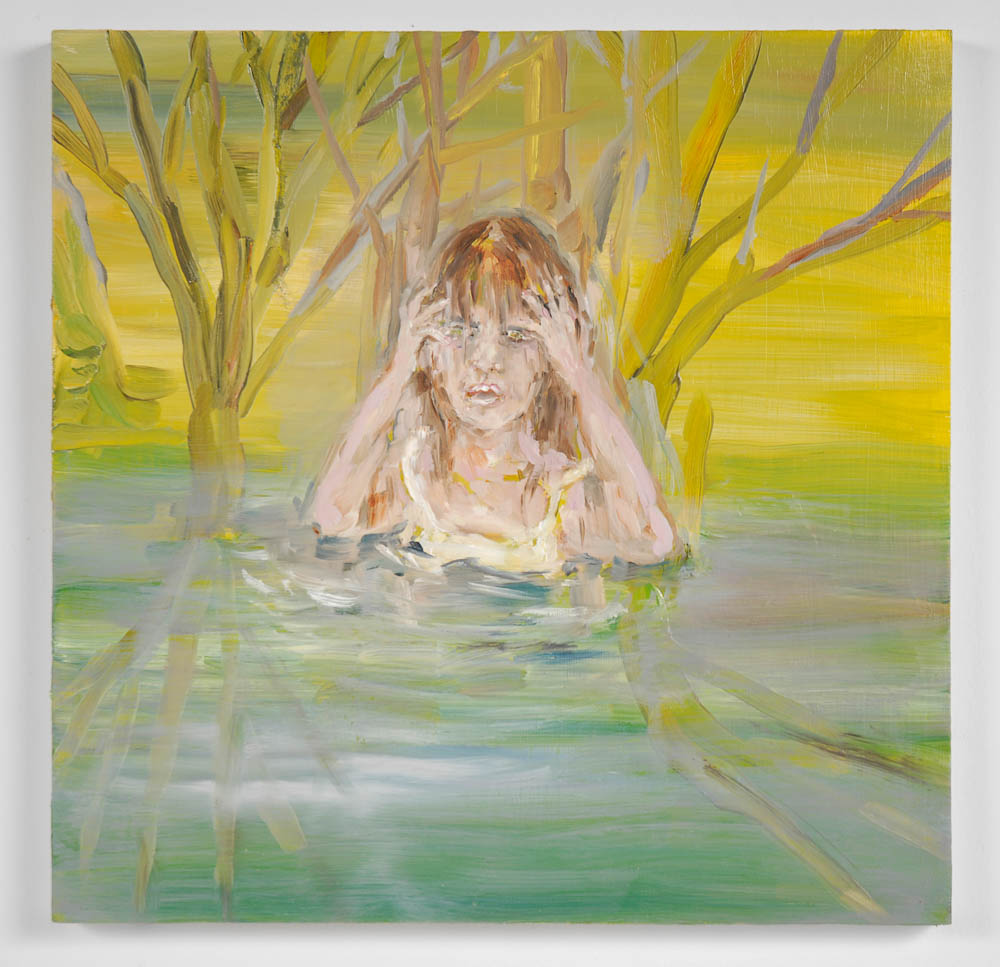 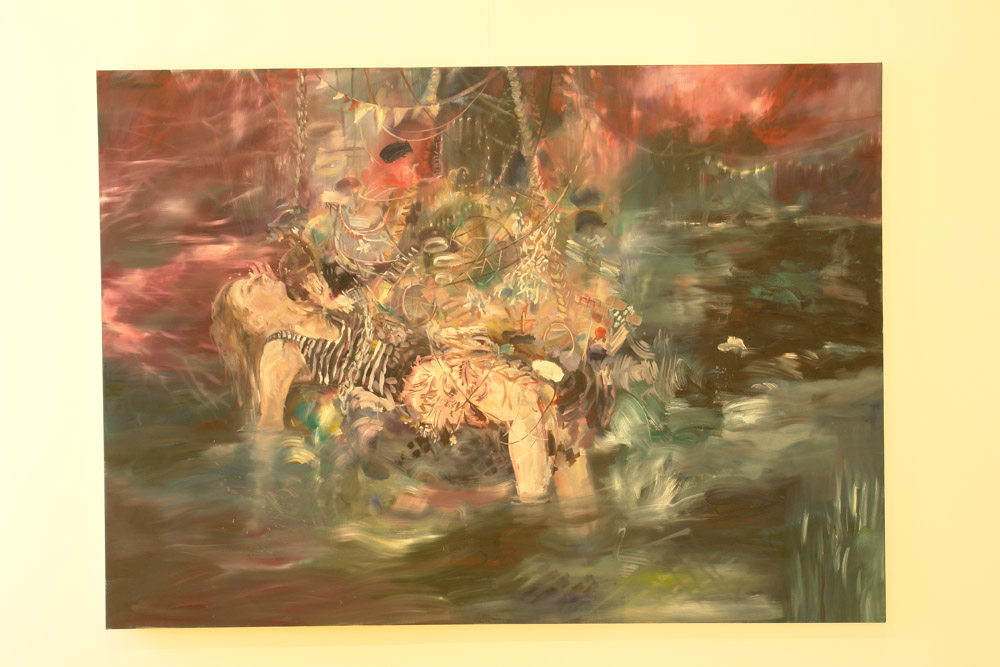 From the indeterminacy of space in her first large format abstractions to a recent miniaturization of her tableaux, Mélanie Rocan now summons us to experience an overdetermination of space, by combining those two extremes.

Overdetermination in the plastico-linguistic sense, but also in the psychoanalytic, as the artist does not hesitate to talk about the dichotomy between reality and inner life and the psychological borders that she wants to evoke. (Effondrement).

The recent paintings of this finalist of the Royal Bank of Canada Canadian Painting Competition, are, in every sense, mnemonic works. They are often loaded and carry an intense emotional charge. The figures are either being crushed by the mass of evocations that swirl around them or are floating in a maze of disparate objects or memories as in a kaleidoscopic circus (Balancer).

This constant play between indeterminacy and overdetermination is accentuated by the choice of colour. The abstract spaces constitute a distinctive backdrop, somewhat like the soundtrack of a film, whereas everyday objects are painted in the skin-tone colours of the American painter Florine Stettheimer, whom the artist admires. These colours are also reminiscent of the works of Fragonard and therefore conjure eros. They also suggest a kind of vulnerability (Pony). In fact, the paintings revolve around Eros and Thanatos, between appetence and menace.

But the real feat of these paintings is the combination of Rocan-phase 1 and Rocan-phase 2. The large abstract planes create a stage where the drama of life plays out, symbolized by the densification of objects (which can be considered an accumulation of miniatures) that represent pockets of memories. In Laisser aller, the mnemonic swirl in the foreground blends into a web of trees and decor in a formidable eddy that flows towards the abstract vanishing point at the centre, seemingly into a great void.

These works are particle accelerators.