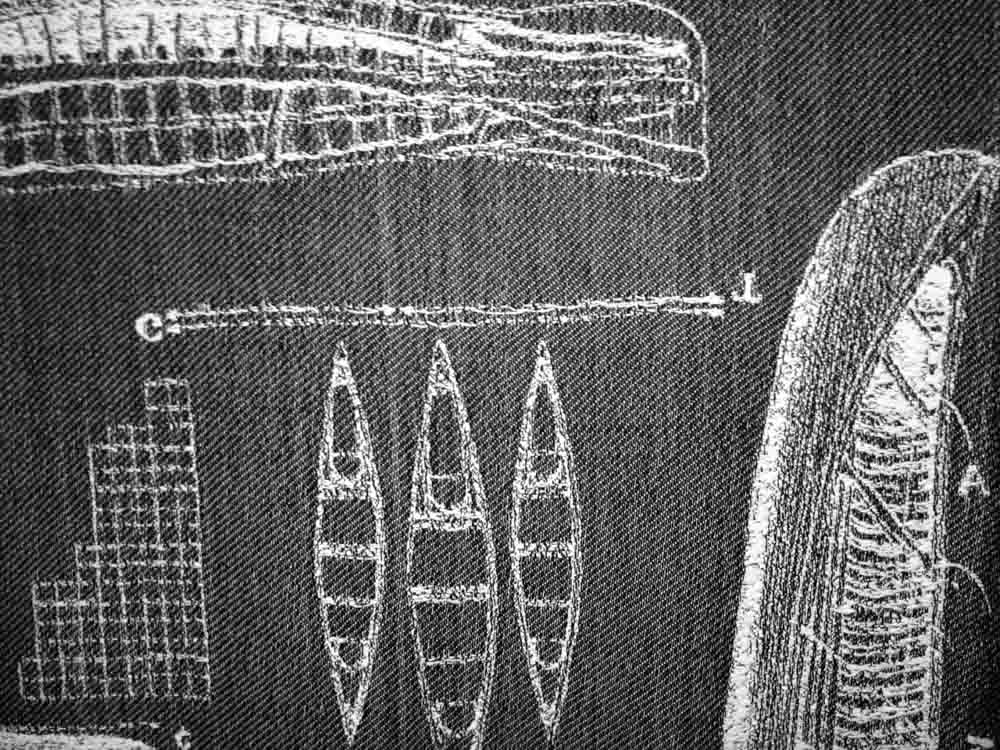 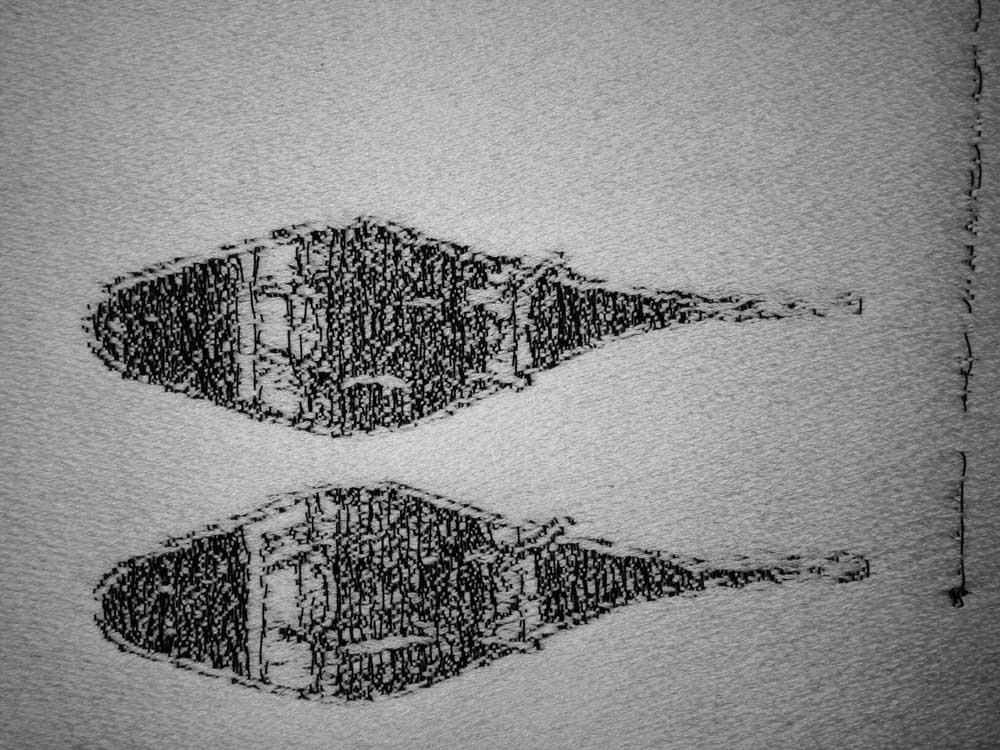 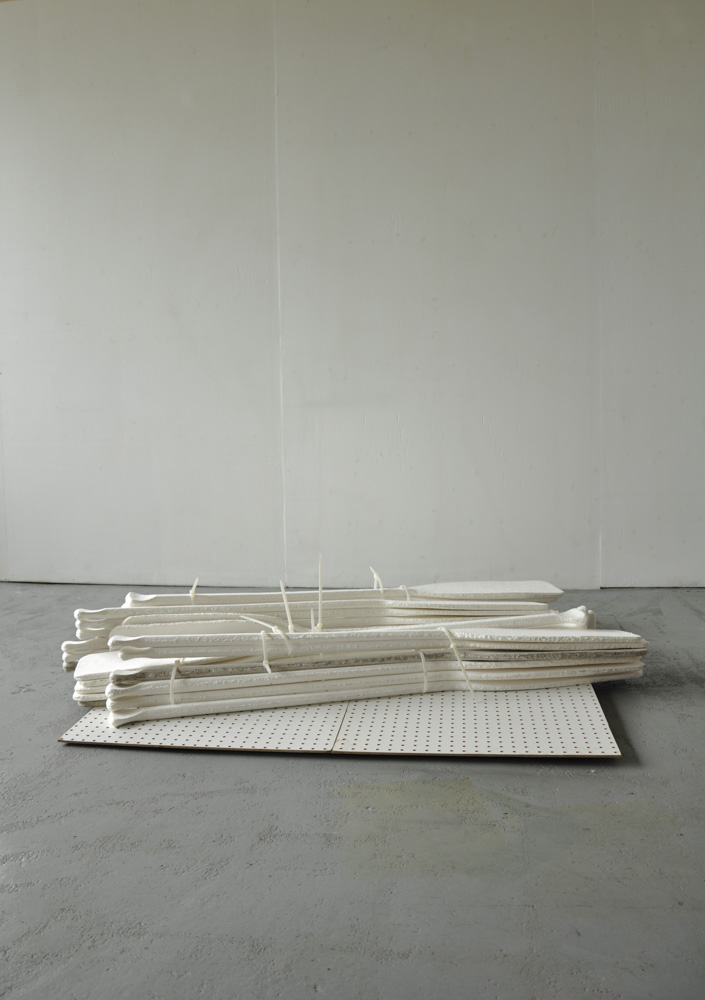 Drawing on her education as a multidisciplinary visual artist and in anthropology, Jacquelyn Hébert deploys several techniques to bring a critical eye to the way in which linguistic minorities create identity. For example, the woven works "If I were a real Canadian ... " show schematics to build a canoe or a snowshoe. Yet, it is obvious that these instructions would be of little use if one were building a boat or making snowshoes. "Since it is a symbol of our community, our identity, should I have the knowledge to make it?" That is the question that comes to mind when contemplating this work. It is a playful gesture by the artist, a nod to a contemporary urban Canada that loves to see itself as people of the wilderness. The whole of the works in this exhibit lead to this kind of questioning.  What gender roles are evoked by that the traditional dress of the voyageur? How do these cultural images help the Manitoban francophone create its identity?

An image of a pioneer woman in a contemporary context or the molding techniques to create paper paddles, this melding of the historic and the contemporary leads us to reflect on the role played by history in shaping a community. In this way the artist reveals the border between the historic and the nostalgic, between symbol and cliché. In her documentaries "Hybrid Francophone" and "Un jour au camp francosurvie " dialogues and discussions on what it means to be Franco-Manitoban are presented . How do we see each ourselves as a community? Are our symbols and stories used to give voice to the future?

It is with a critical eye, a respect for the past and a certainty in the future of her community that Jacquelyn Hebert has created works that challenge its cultural symbols. All symbol evolves, adapts or disappears, we have only to find, to modify or to create new ones.