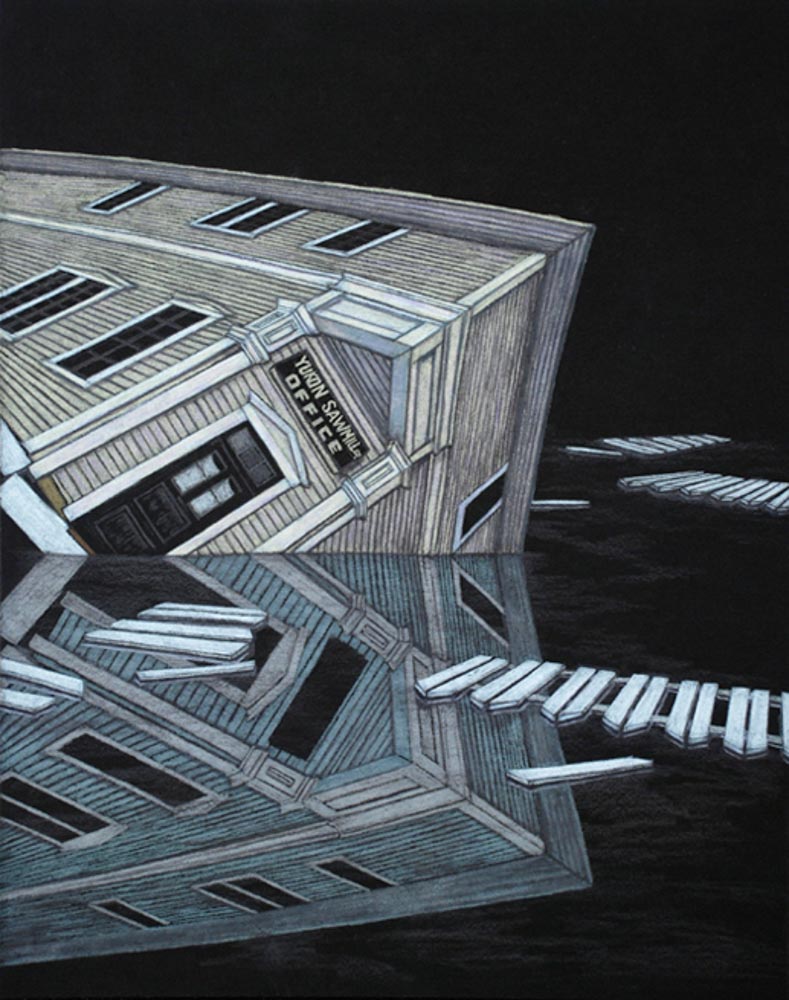 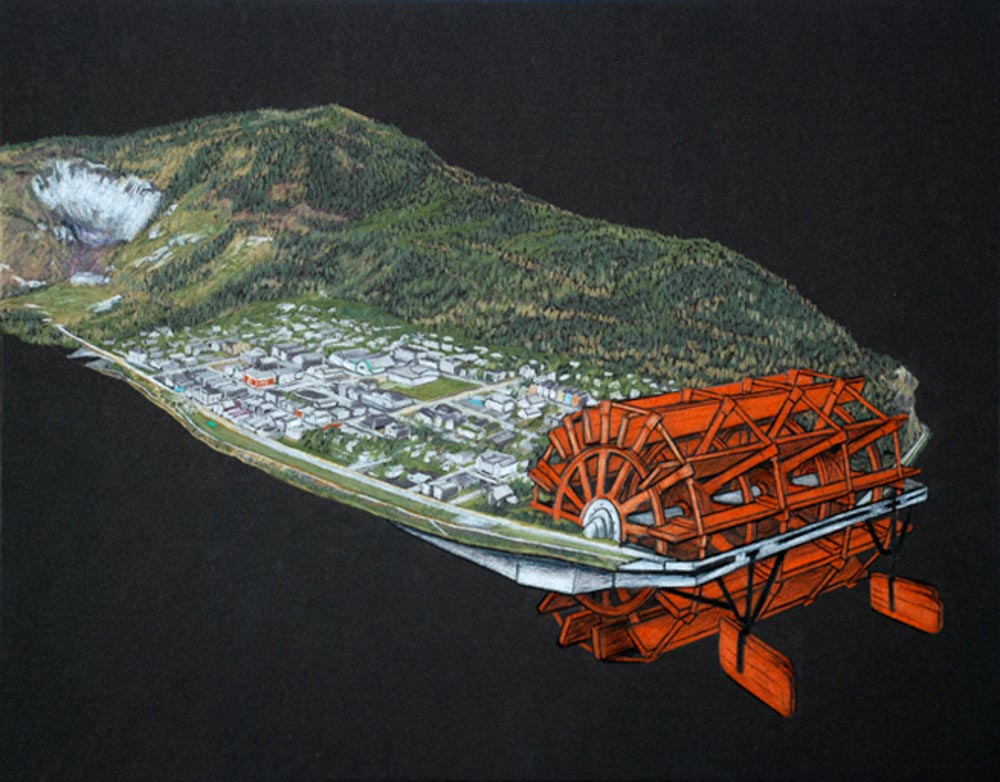 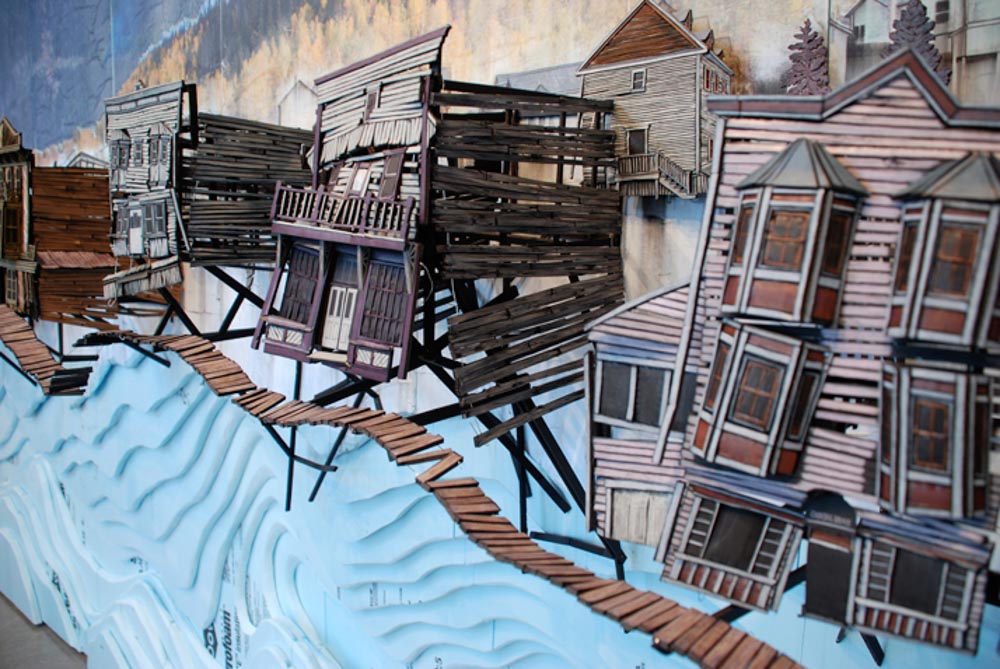 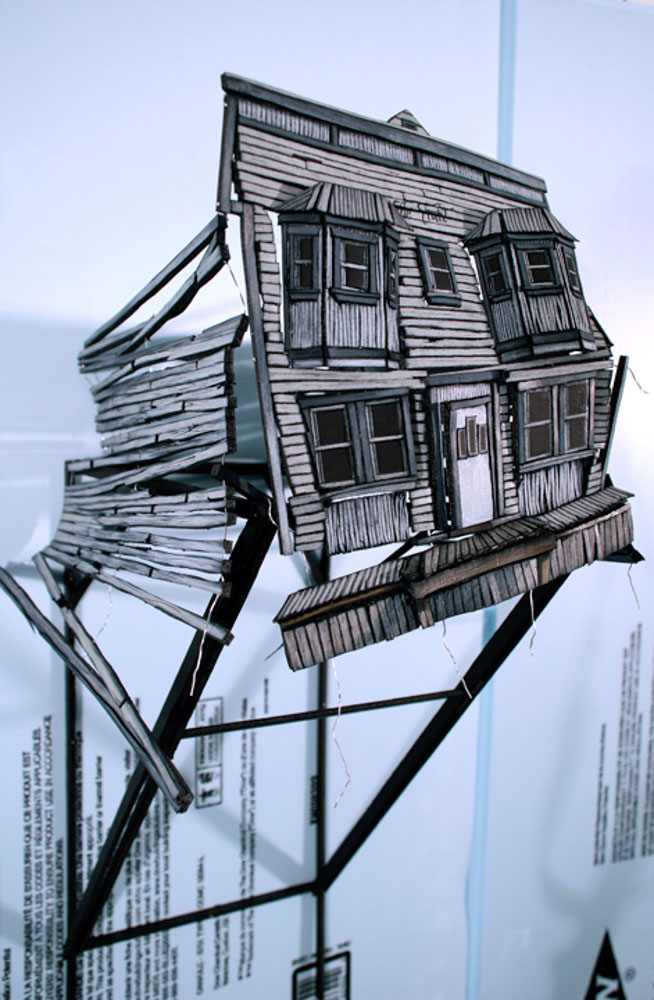 Landscapes tell the story of human history indirectly, not by the presence of humans, but rather by the mark they leave behind, by the changes they have imposed either by erecting or eliminating structures. Throughout this landscape, there is a redefinition of the natural world towards a more and more artificial world, man-made and often disembodied. Inspired by an artist’s residency at the Klondike Institute of Art and Culture at Dawson City in the Yukon, Marie-Ève Martel allows us to travel into the Great White North by the intermediary of her models and drawings. In her recent explorations in imagery, she became interested in the environmental context of this northern world, the idea of ​​adaptation, time, movement, fiction found in the architecture of Dawson City and their interrelation.