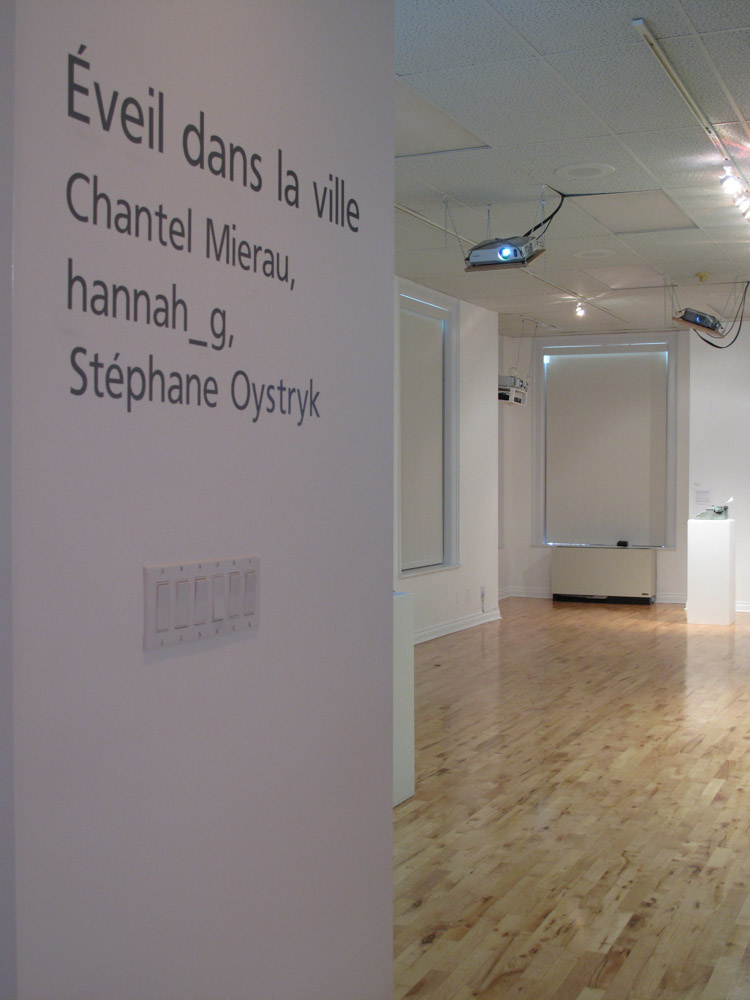 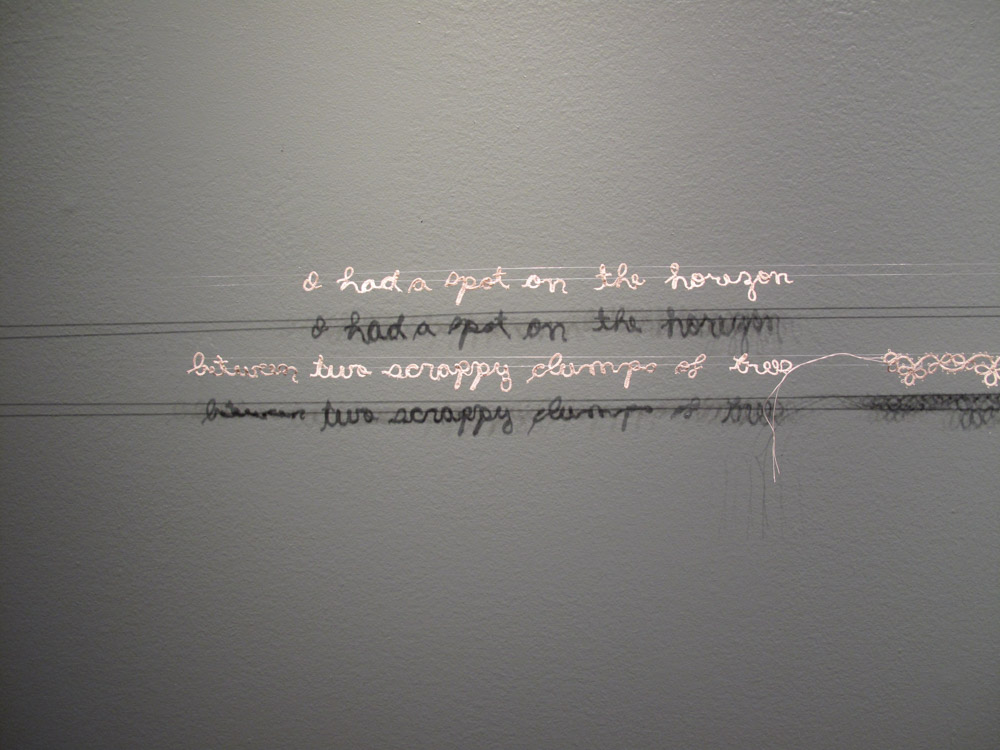 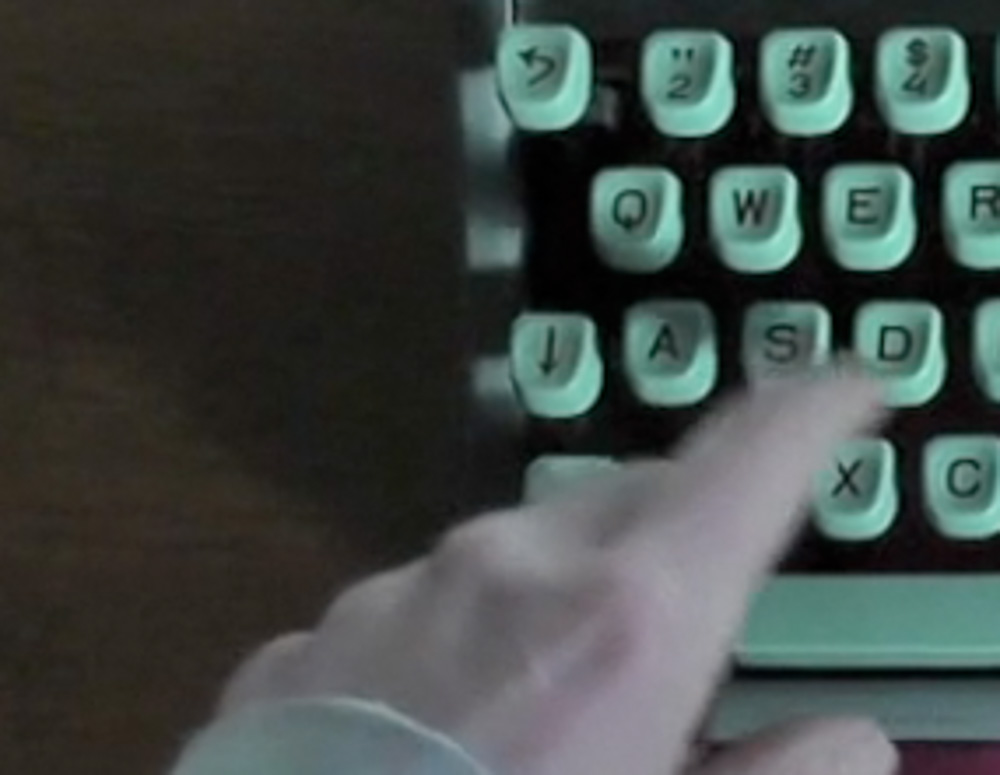 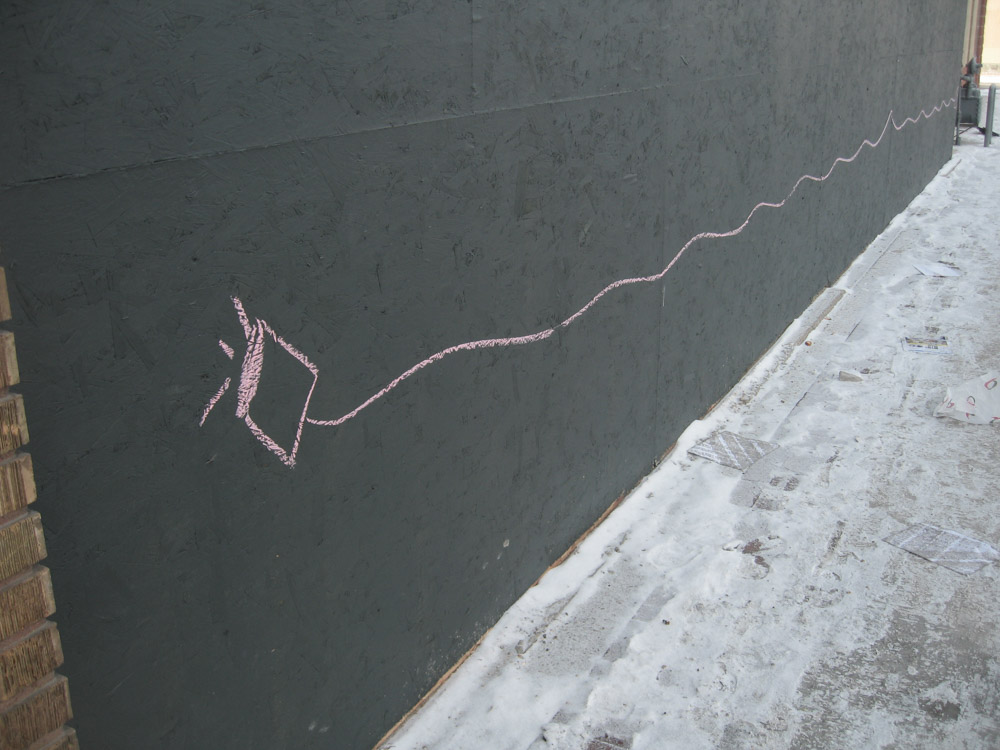 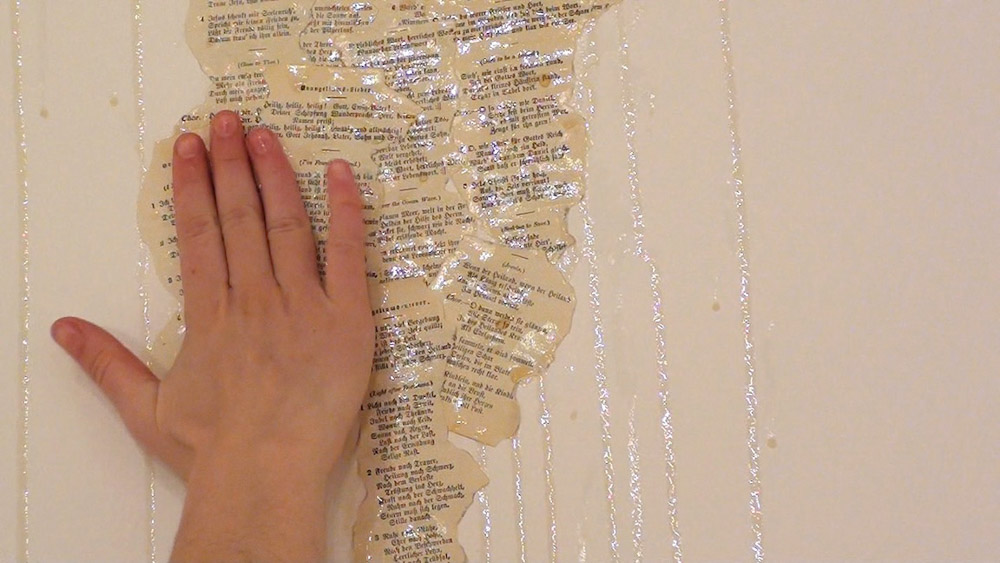 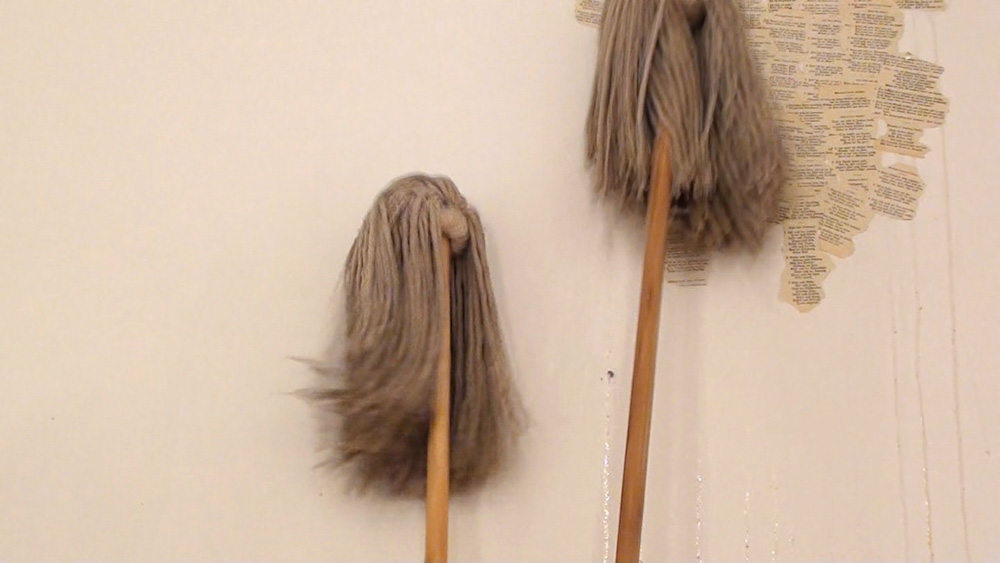 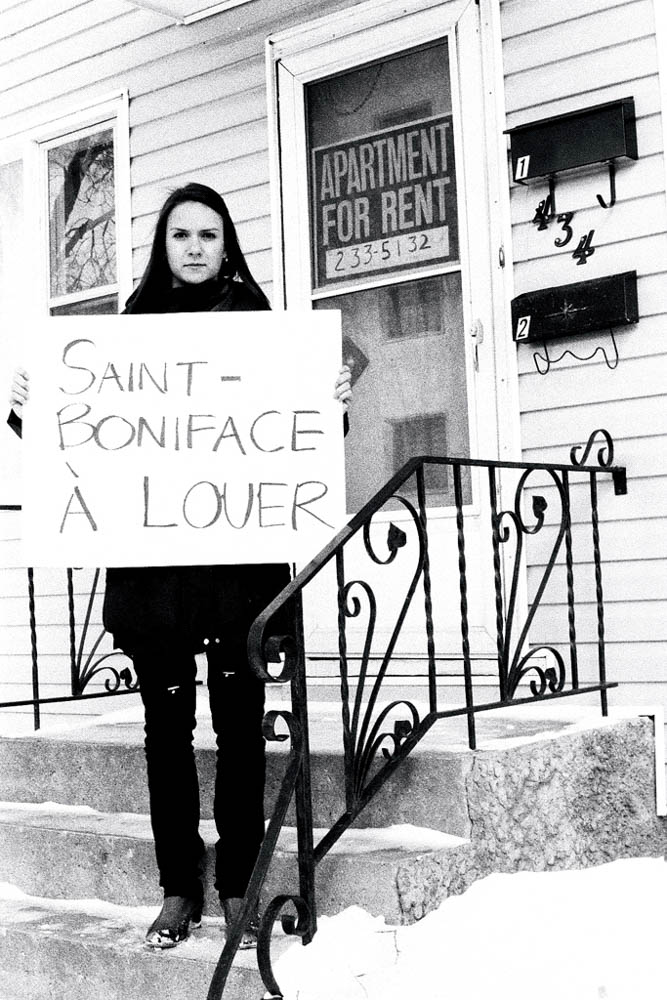 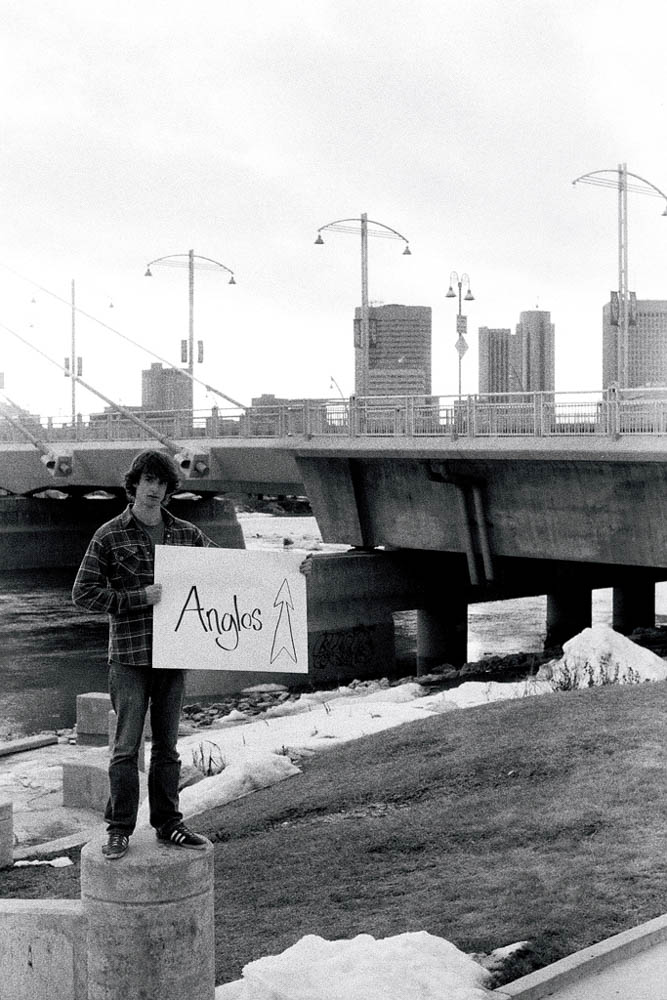 Being is occupying a space in time. The mechanics of this physical chemistry is the basis of the Universe. It is the state of any atom, sun, flower, cloud, bacteria, fish or tornado. It isn’t rocket science. Even consciousness is optional. However in the midst of this space that leads nowhere and this undirected stretch of time, consciousness is awakened - and the story begins.  This is one of the common denominators of the works of hannah_g, Chantel Mierau and Stéphane Oystryk: narration, the product of consciousness, sustained by a time and a place that is seeking a physical, psychological and teleological meaning.

The Chicago of the North series and the On Salt Islets project touch on the transformational effects of place and the passage of time on our consciousness (that of the protagonists, of the narrator, the author and the readers). This passage brings about not only the dramatic curve of the characters, it is the kaleidoscope that allows us to ‘romanticize’ the past. Thus, the atmosphere, the characters and the unexpected events become cult figures and revelatory tragedies of disproportionate individual and collective pride. On a more intimate level, On Salt Islets also reveals the transformative quality of time that acts blindly on matter and consciousness, revealing its capacity to transform matter and to transform itself, whether it is conscious of this or not.

Life is the business of reproduction; of molecules, cells, bodies, thought patterns, beliefs, social structures. It is also the business of evolution, of movement, of growth and entropy. Mierau situates her performances and installations within the historical, religious and cultural continuum of the Mennonite community. Her work narrates the state of a spirit at the crossroads of reproduction (labour, ceremonies, work rituals, the mythology of Eden) and evolution (a retreat from the initial context), conscious as Heraclitus was that we “do not swim twice in the same river” and like Anaxagoras, that “Nothing is lost, nothing is created, everything is transformed.”

Je t’aime, Saint-Boniface (I Love You St. Boniface) presents a consciousness as seen through a place, a time and certain defined protagonists. This observation of St. Boniface and its inhabitants introduces itself into the myth and the saga of the neighbourhood and the community that inhabits and pursues them. The artist’s camera rests upon the tripod whose first support is tradition (conjured by the decay of the sites, the buildings, the fences and the palette and history revealed by them), the second, modernity (evoked by the youth of the characters, modern urbanism, the comments, photographic techniques, the people, the tension generated by the presence of the other – other generation, other culture) and the third, the tension generated by the contact between tradition and modernity that constitutes the question posed by the prophet regarding the future of places, cultures and individuals.