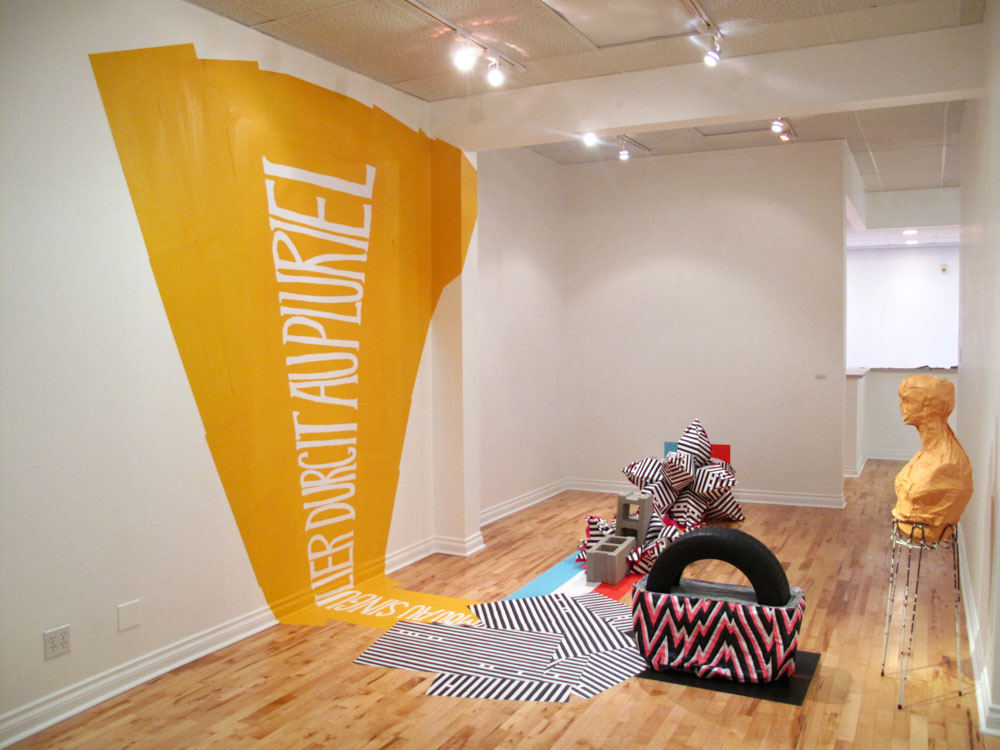 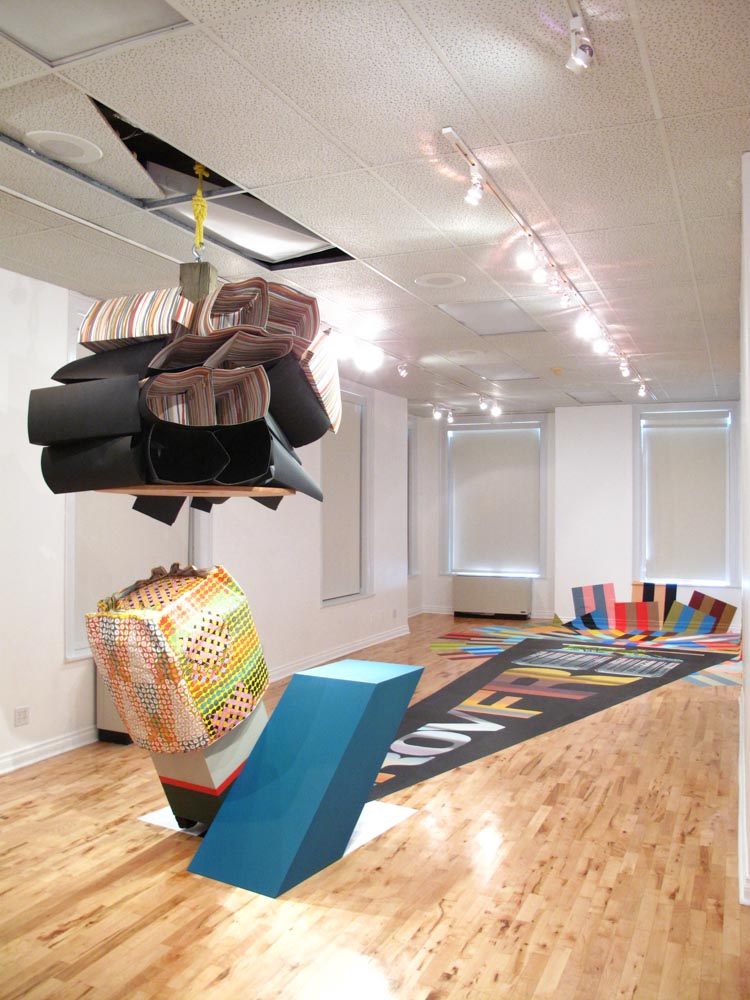 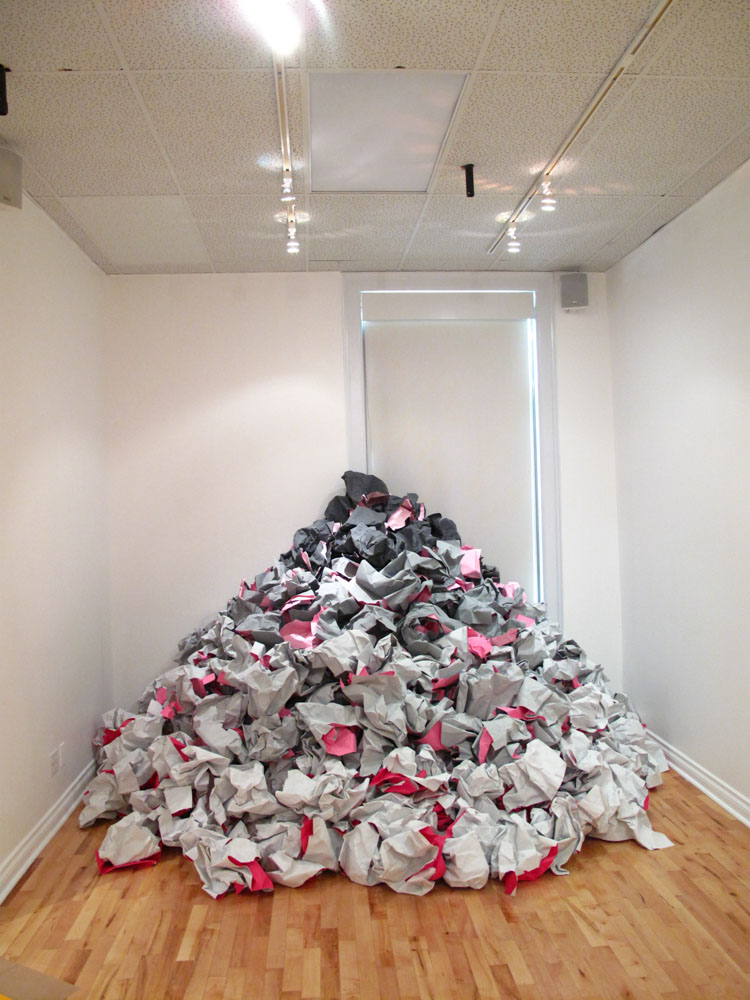 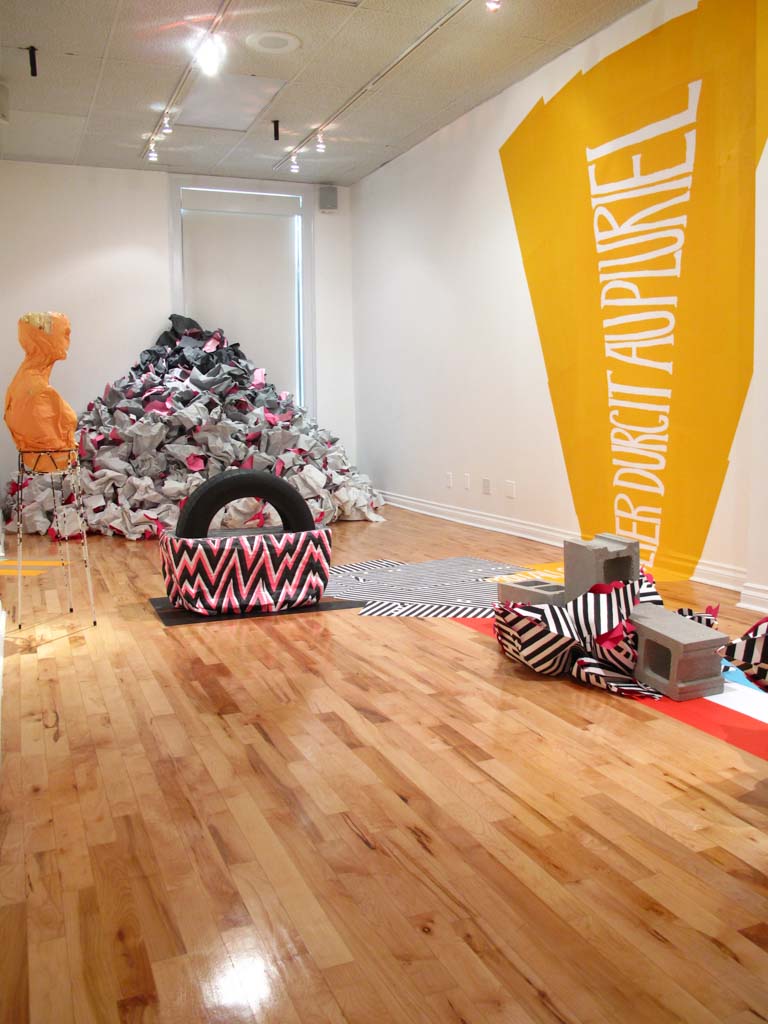 Montreal duo Seripop sees the strength of the poster medium in its multiplication, that as multiples they are “topographical markers … the only medium that people can use on a legal basis to express themselves in an urban public context.” It is certainly not the simple logic of a signalization system similar to the one we meet on the streets (all sectors from traffic regulation to advertisement confounded) that Séripop are interested in here. As the artist and theoretician David Batchelor brilliantly pointed out, “chromophobia” is an omnipresent, almost neurotic state of mind in cultural production since several decades―with recurrent breaks and exceptions. Séripop seems to be one of those exceptions, which his utterly refreshing in its promptness. And what has the title of the exhibition to do in all that? “Deux temps, trois mouvements, sans doute” means “two times, three movements, beyond doubt”―at first hand may be a rather cryptic, elusive access proposal, but which also suggests how it actually should be: that the viewer also is in the position to individually interpret what he or she stands in front of.