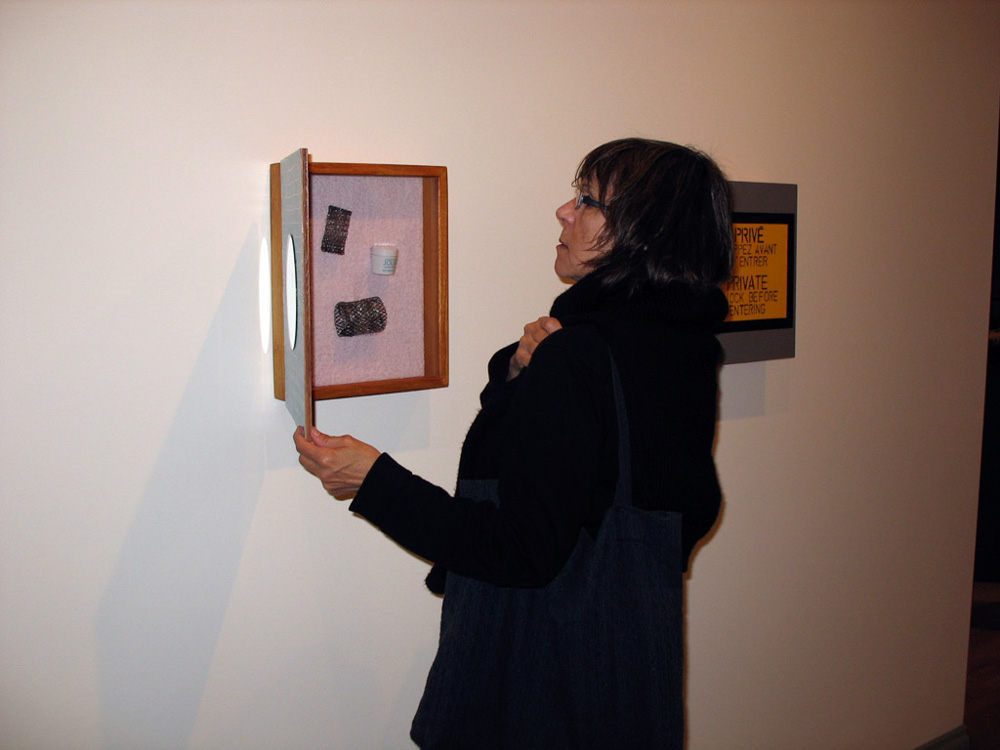 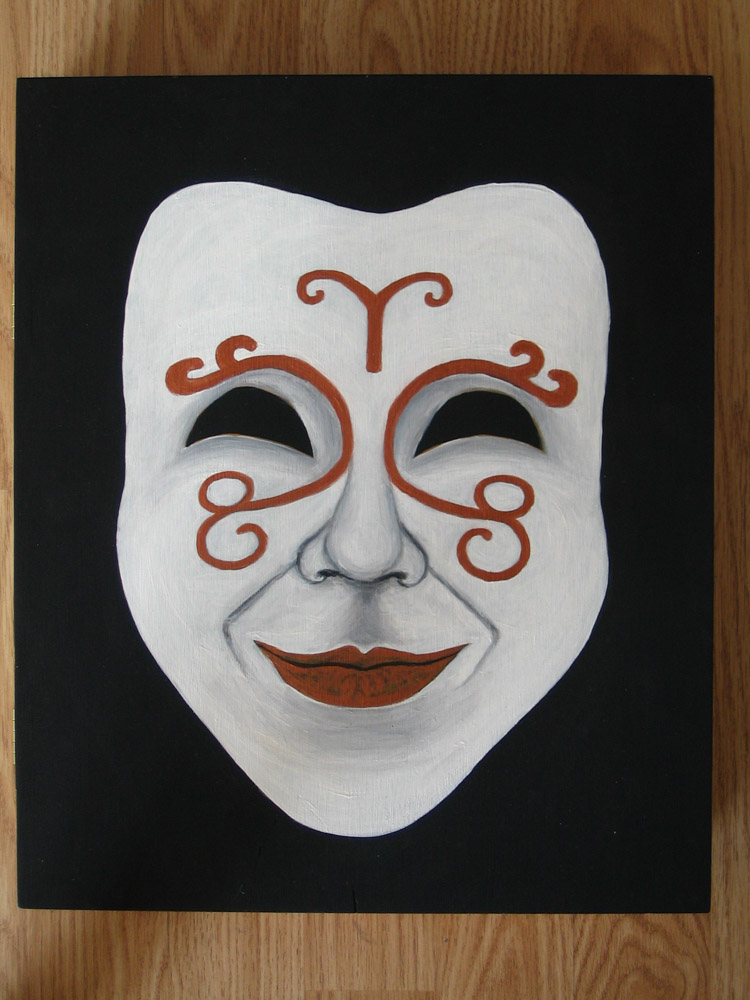 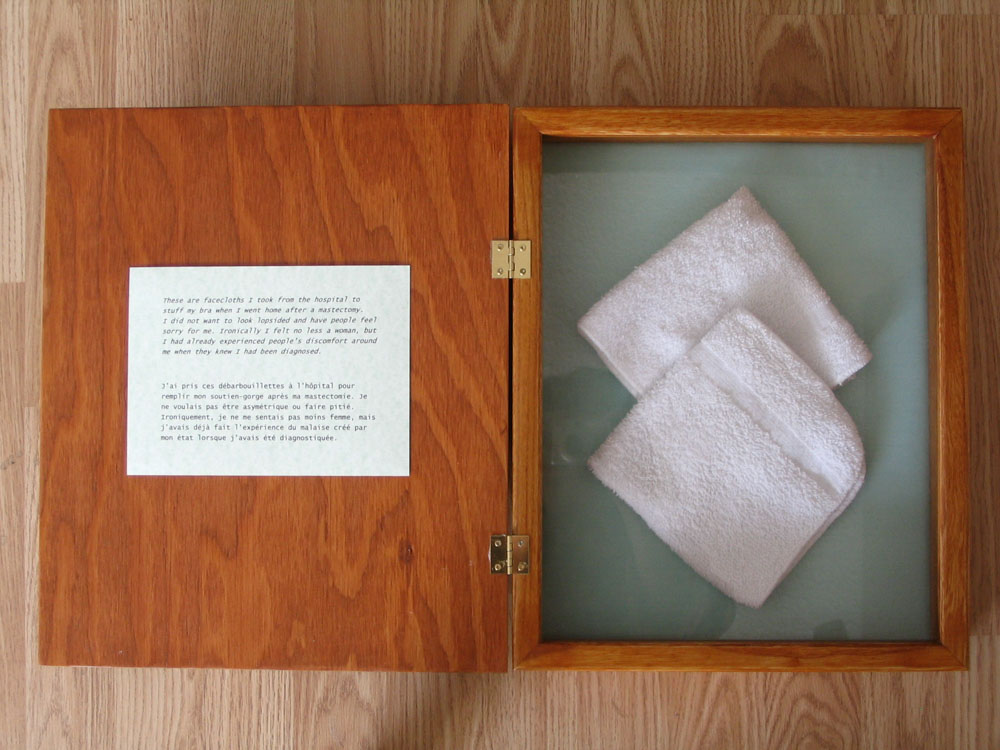 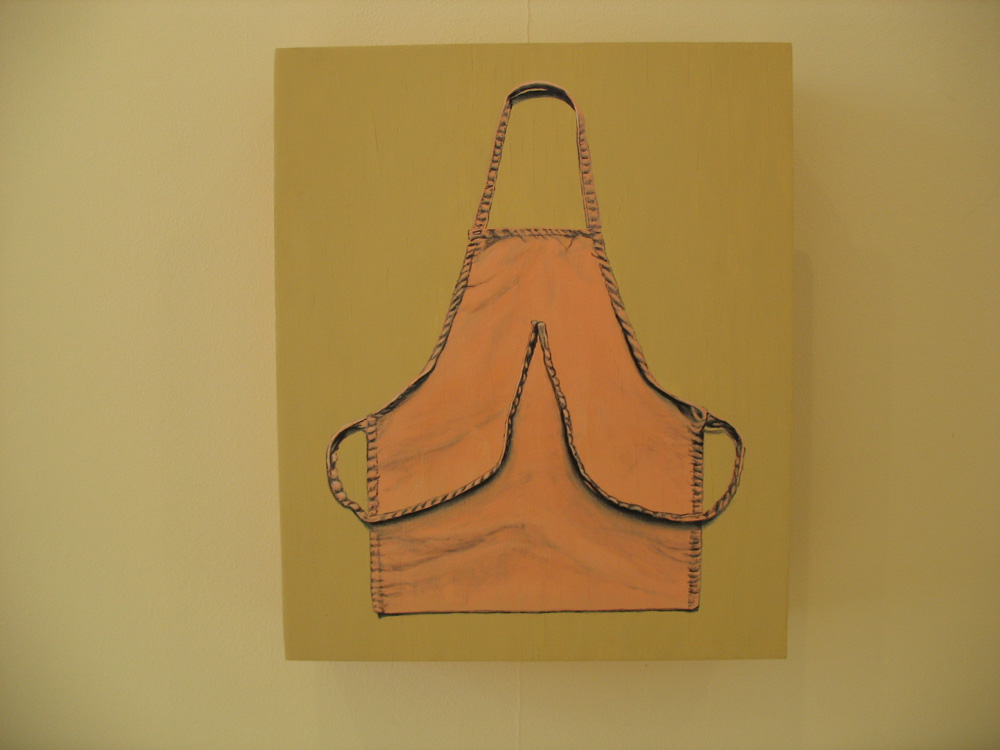 Since the beginning of time, people have used all sorts of boxes to conserve objects that embody a memory, have sentimental value or a secret that will eventually be transmitted to future generations. Peoples from the Orient and the West have conserved souvenirs in reliquaries, sarcophaguses and all sorts of other containers, and these often have revealing texts accompanying them.

In her exhibition, Diane Lavoie draws upon this idea, gathering together a number of chosen objects that become revealing elements and even narratives of the lives of the women who have given themselves over to the experience. Over a one year period, Diane asked a number of women to put together a collection of objects with texts written in their maternal language, explaining the context or relating pertinent anecdotes. These objects reveal the intimate feelings experienced by the participating women, thus encouraging the visitors to follow suit and to recollect their own experiences. A door opens to reveal the objects and to allow them to speak, each of them with its own unique character; a parcel of human reality faced by women in their everyday lives. Opposite poles crisscross throughout the panorama presented by the artist: on the one hand, the tangible, such as ordinary objects; on the other hand, the abstract, being language. Each box attached to a wall, easily accessible to visitors, reveals an object that particularly touches one woman’s life. They are invited to manipulate and to open the boxes, however they must close them afterwards to preserve the privately shared confidences.

The artist demonstrates her creative flair in the way she presents the objects. The boxes are decorated or illustrated, providing clues to her visitors as to their content. The colours, the fabric, the material and the images they are made up of puts the objects in context: a tea towel, for instance, serves as a thematic for the kitchen, a gray and depressing fabric for a discouraging outlook, green to evoke a hospital setting, scintillating stars to symbolize the absence of a roof or even the American dream, a magnificent butterfly that alludes to the metamorphosis and a new life, an apron to touch on the idea of domesticity in a marriage, orange tissue in the style of the Buddhist monks, blood stains that evoke fear and private places...The artist presents the objects chosen by the participating women, such as face cloths, a stove element cover, a particular doll, a chandelier, pins, a book, medical products and cosmetics, a piece of carpeting, a knife, a handmade piece and a certificate of citizenship. While opening one box after another, visitors will read the anecdotes that accompany the objects. The journey leads to the small exhibition room, an area that is conducive to writing; index cards and pencils will be on hand to allow each person to transcribe personal anecdotes reminiscent of a firsthand experience.