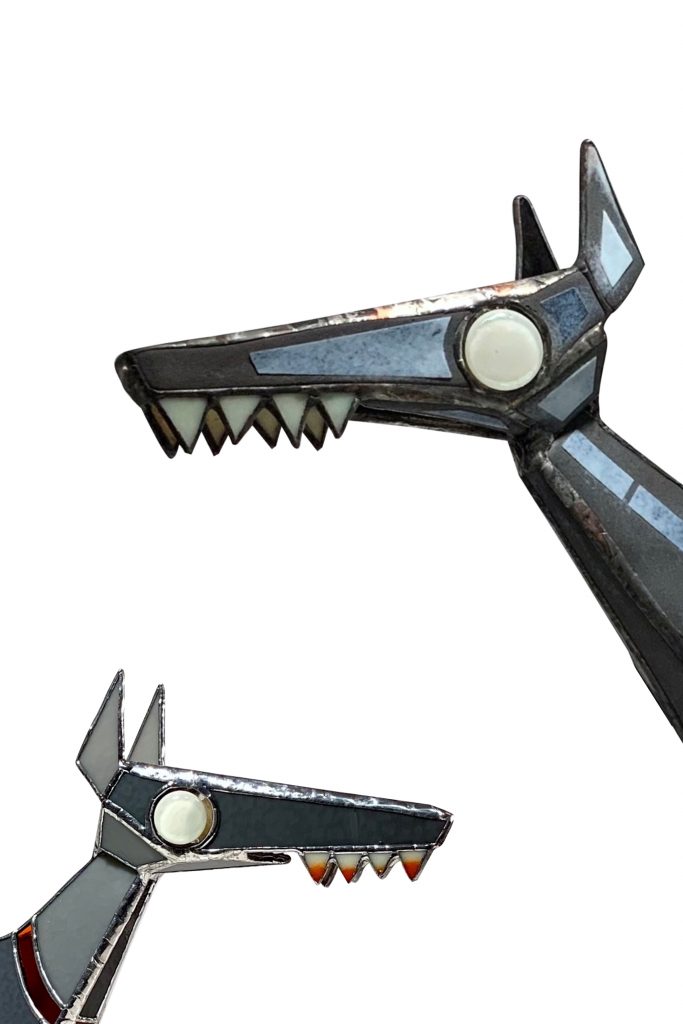 Death is peculiar. Some spend a lifetime trying to avoid, delay or defy it, and others seem to ignore its looming presence altogether. Historically, humanity has been perplexed by the theology of dying in an attempt to answer the question: What happens next? There is a distinct divide when considering the Afterlife. Hope is famous in ideologies like reincarnation and Heaven, where Fear dominates Hell and the horrors of purgatory. They say that we cannot know light without experiencing darkness. Is it possible to find a balance between the two?

In 2016/17, Le Léannec lost her mother and grandmother, and while attempting to find a way to survive her new reality, she felt the need to build something out of the loss.

Blackwater Lake is an imaginary place inspired by a hiking trail called 'The Caves' in Clearwater Lake Provincial Park (Manitoba). As a child, Le Léannec would visit Clearwater Lake during the summer with her brother, father, and late mother to visit family and go fishing. In response to her loss, this body of work addresses the dichotomy of life vs death or light vs dark while exploring the interaction between a craft medium and a digital medium. Le Léannec accentuates these opposing concepts through bright and sombre complementary colour schemes, irregular shapes, texture, symmetry, and reflection. The glass artwork represents an imaginary world hidden deep in the shadows—a strange place inhabited by bizarre creatures who blur the line between existence and nonexistence. A place overlooked, where darkness lives, a place that is the opposite of clear.

Jocelyne Le Léannec is a Canadian artist who works in digital media and glass arts. Born in Winnipeg, Canada, Le Léannec studied Multimedia Communications at the Université de Saint-Boniface. While attending USB, she focused on animation, film, and motion graphics.

In 2019-2020 Le Léannec participated in MAWA's mentorship program with mentor Yvette Cenerini. During the program, she started a new body of glasswork entitled « BLACKWATER LAKE » (2023). The completion of this work was supported by funding from the Winnipeg Arts Council, Manitoba Arts Council, Francofonds, and Canada Council for the Arts.