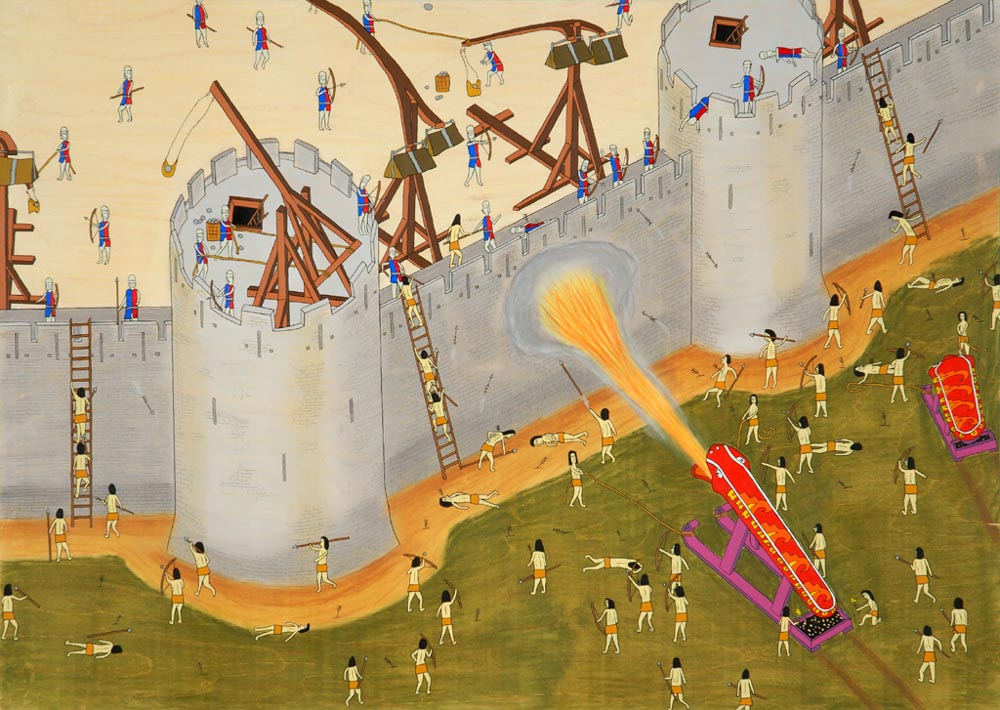 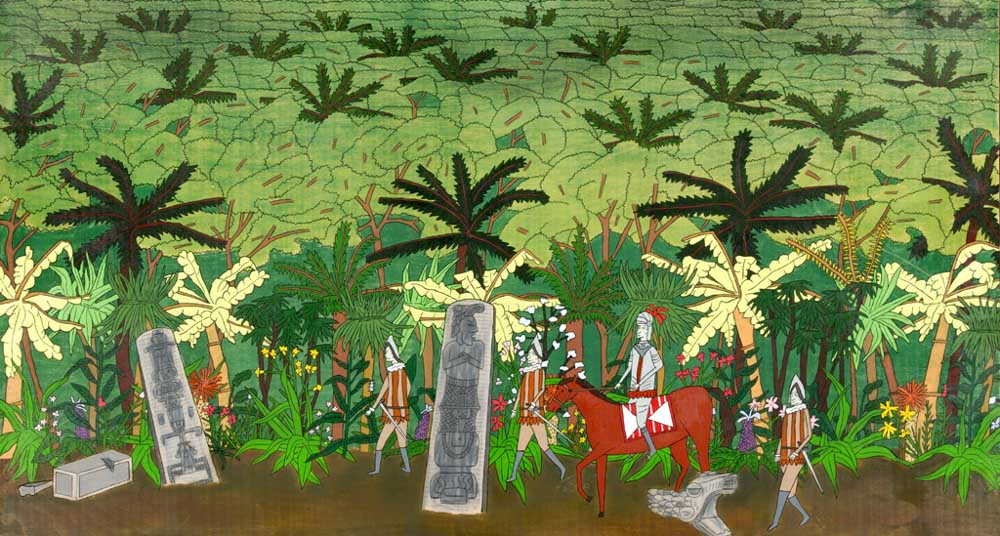 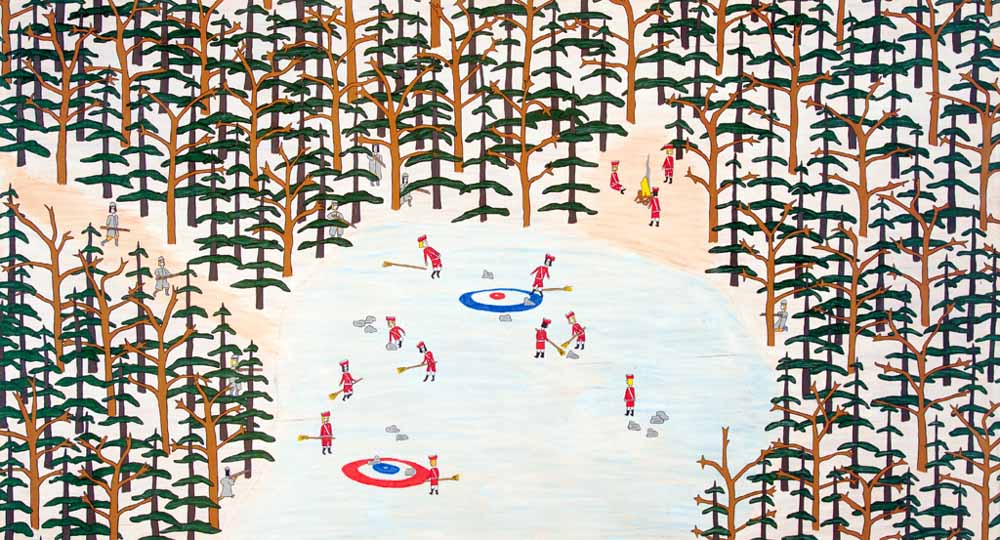 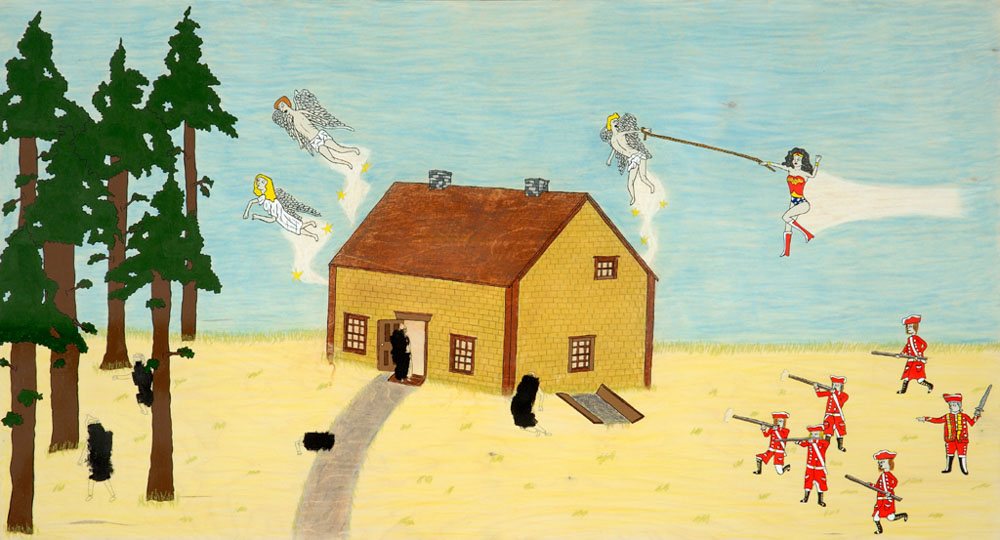 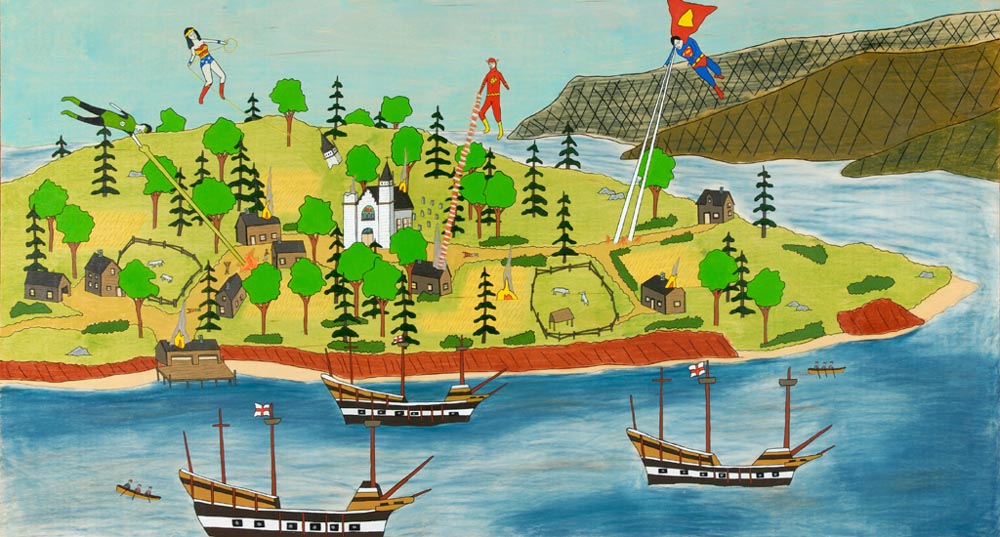 Mario Doucette's exhibition Bagarres is his first exhibition in Manitoba, the only province in which he has not shown his art. Sobey 2008 artistic prize finalist, Mario Doucette is a Moncton, New Brunswick artist of Acadian descent. He is a painter who also works in video, digital animation, performance, and Super-8 filmmaking. Doucette is a member of Collectif Taupe, a Moncton art collective which presents “fibs, pranks, and unsuspected performances” in a humorous, interventionist approach aimed at generating public dialogue. In many ways, Doucette’s paintings are likewise performative in aspect, functioning as sites of resistance to establish social and cultural constructs.

The series of paintings, titled Bagarres (melees), is the continuation Doucette's revisionist interpretation of history. However, this current series is also concerned with the fabrication of mythology.  All great civilisations have developed myths shaped by stories of the past, religious beliefs, and heroes. Fabulous tales are often based on actual events or persons whose stories are amplified or transformed by the collective imagination. I am interested in mythology’s symbolic meaning, often used to justify the occupation of a territory by a given community.