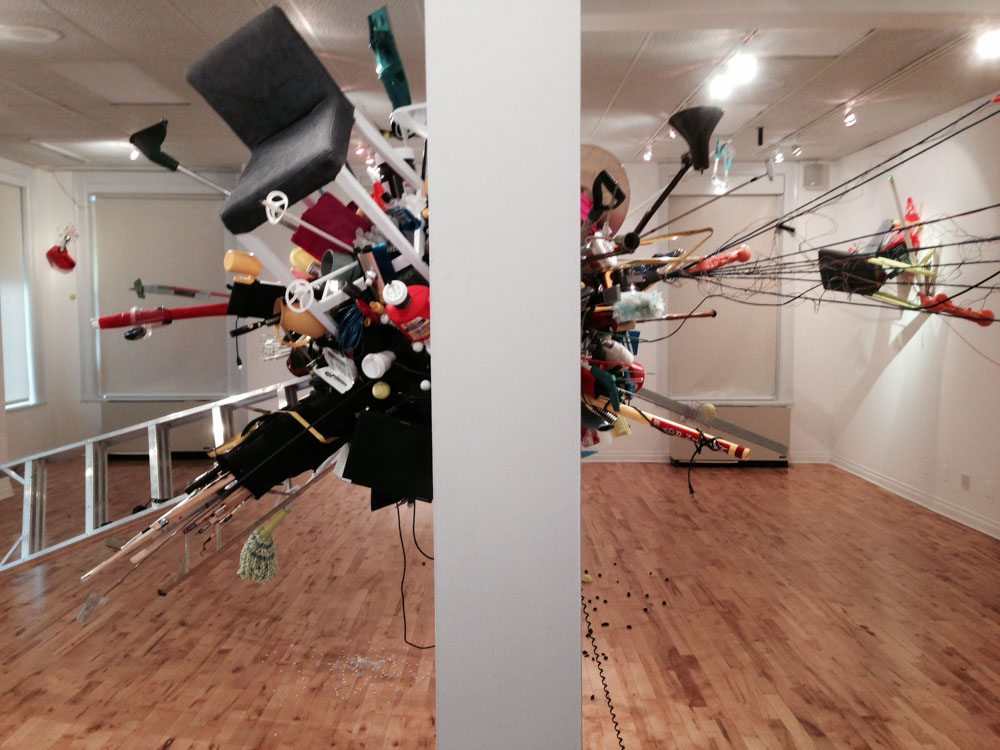 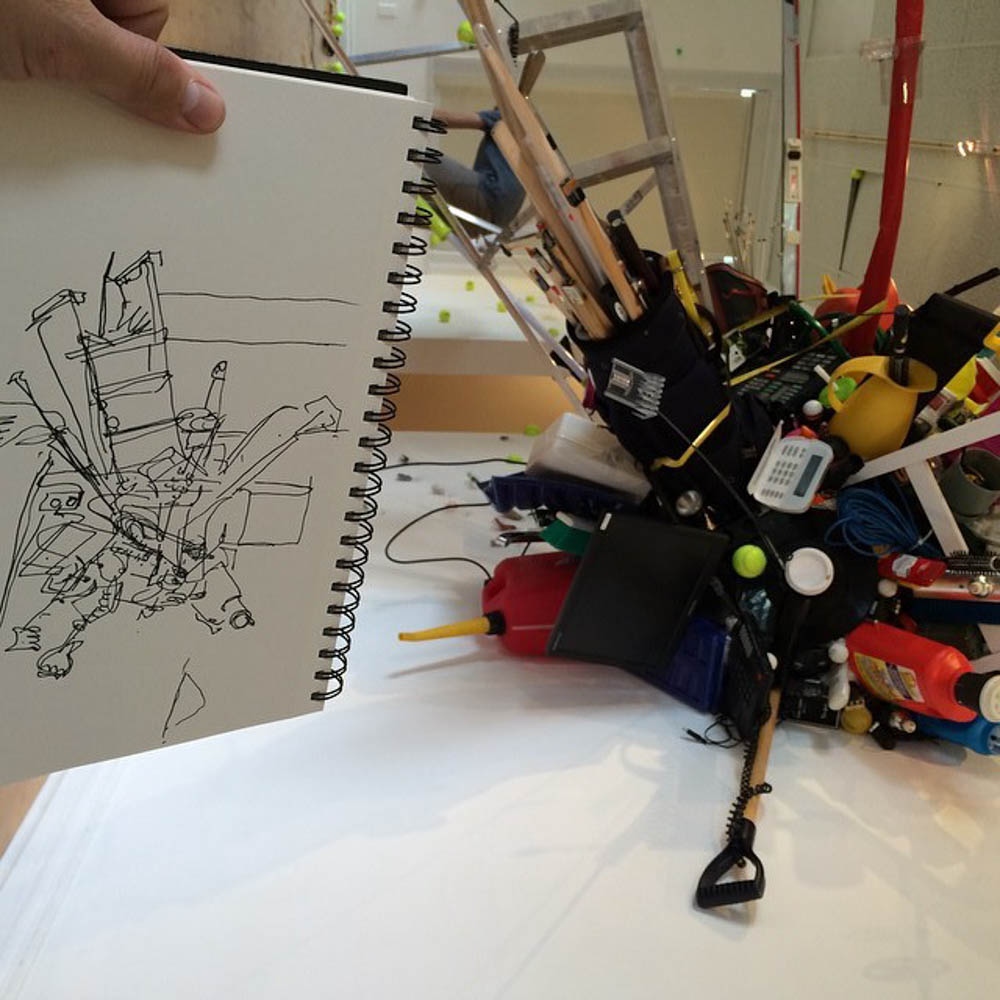 Guillaume Tardif is an artist who, for a while now, is fascinated a life lived in a society whose main activity is the production and consumption of objects. With “Attack” which brings into play the enormity of our material accumulation, Guillaume Tardif expresses that moment when the intense pressure within a system finds a chaotic and spontaneous release. Guillaume Tardif is an active and engaged emerging artist who lives and works in Quebec City. In 2010, he won the Desjardin People’s Choice Award for his sculptural garden “Pousse vers…” presented at the Jardins réinventés de la St-François at la Maison des arts et de la culture in Brompton, in Sherbrooke Quebec