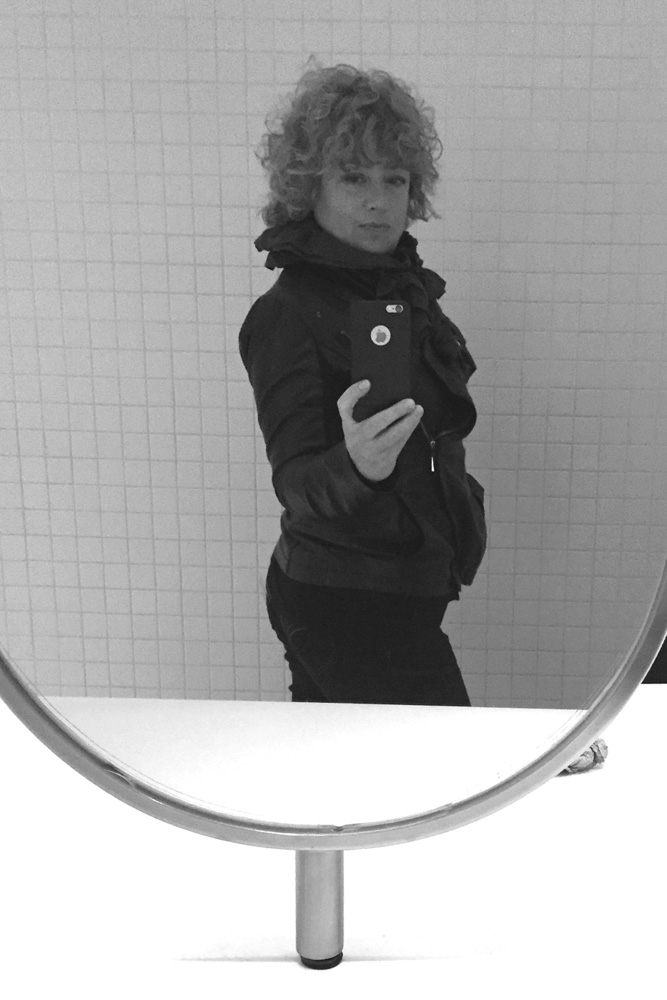 Arrive le dessin Into The Aether. 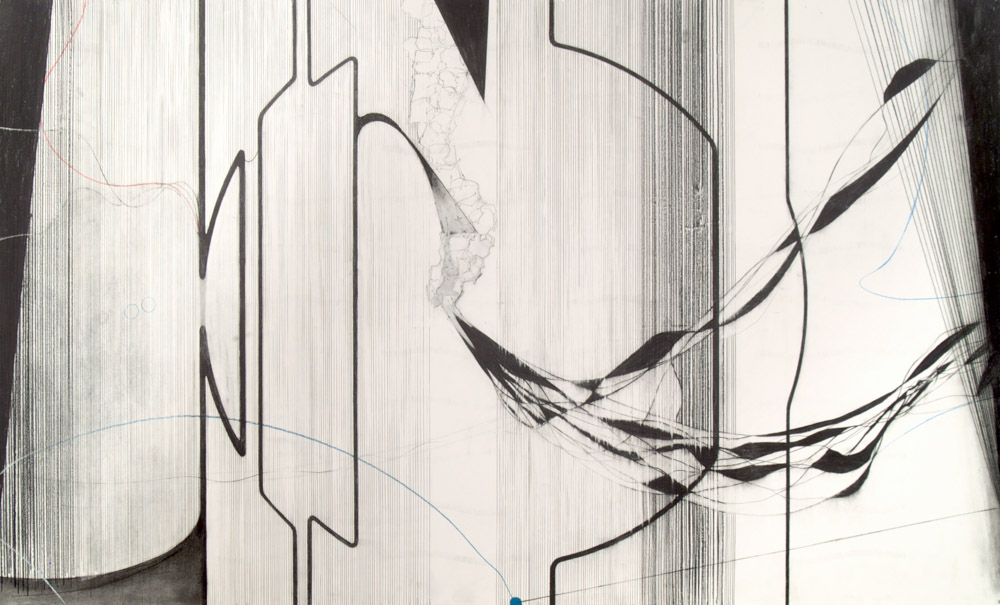 After Winter, Before Spring

Christine Kirouac and Doug Smith have known each other a long time and both cut their teeth on the Winnipeg art scene beginning in the mid-eighties. Their careers took different paths over the past thirty years, but have now naturally converged for the first time collaboration of ambitious graphite works on paper. The South Winnipeg suburb of Whyte Ridge, where Kirouac and her elderly mother live, sits at a point of tension between mundane and savage, contrary to the popular critical discourse around urban suburb developments. Built beneath a natural geese migratory route, a forced interdependency between humans and natural systems exist and at times clash, particularly after winter begins to relent, but before spring fully arrives. Her graphite drawings of dismembered bird parts, stripped trees drained of colour lay bare evidence of the battles between natural growth and our compulsion to “correct” it, aggressively shaping and grooming it into inoffensive conformity. Using the scrutiny of a true romantic, Kirouac draws out her relationship with and to these isolated and vulnerable forms and their cautionary occupancy of the sparse environment, a process of acceptance of not only their violent wounds, but her own as well. To many, the most difficult time of the year in the Northern prairies is in between Winter and Spring. Considered a season in and of itself, March through April presents the duality of how the spectrum of grays, relentless icy winds, and graphic black shapes, silhouettes and harsh lines cutting the snowscape can give way to a kind of sublime poetry. Coming back home, after seven years in the United States was a difficult decision made out of necessity not desire, and routine became a vital part of Kirouac’s survival. She walked daily venturing along the same streets, bays, past the same taupe stucco houses, driveways, shrubs and trees, shooting cell phone source images of these organic figures quietly rebelling that would show themselves to her. At home, she would scrutinize each detail through drawing, adding paper as she went allowing them to grow as they needed. A crow carried home after being hit by a car, a decapitated evergreen, a Weeping Caragana, crisp silhouettes of swollen galls of black knot fungi all lend themselves to visual and moving contradictions, rife with theatre, drama, mortality and beauty. Smith’s large scale drawing A March Moment reflects a macroscopic perspective to work in concert with Kirouac’s intimate observations within the suburb community. When Kirouac presented the idea of collaborating on a dual project examining the outlying suburb of Whyte Ridge, Smith’s initial premise was to pursue a critical stance on the trend of urban expansion. In time, however, Smith navigated towards a different type of narrative, exploring the mythological. Smith worked on the perimeter of this neighbourhood at the time of their idea exchange and it was his daily bicycle sojourn towards the Whyte Ridge area that magnified the separation of that eighties development from Winnipeg’s older interior where he lives. Smith would pass through residential areas, an industrial zone, conclaves of big box stores, large arterial feeder roads towards the wooden sound barriers from which clean square blocks, roofs and walls would rise behind. Therein lay Whyte Ridge, tucked away in cul-de-sacs. The low rising geometric houses of emphatically bracketed by great prairie sky. The limited treeline and repetitive geometrics of “cookie cutter houses” enhanced the effect. Indicative of that particular inter season when the two climates are sharing the same space in time, the overlapping clashing of weather systems conjured a sense of a mythological and primordial space. Enter the drawing, Into The Aether. This multi-panel drawing infers a visceral movement of a point in memory, spring boarding off a personal portraiture of Smith’s childhood house that was unceremoniously razed to make way for a parking lot. The old torn down for new construction, a dusty narrative. In this drawing, the house acts as a form of transmission node, dancing through the gauze of memory and signifier of a transmittable embodiment of intimate living experiences. Both artists use this suburb site as an improbable locus to reflect on home, sentiment, recollection, mortality and harmony. After Winter, Before Spring is an invitation to reconsider what lies in plain sight.